Our Choices, Our Voices:
Stemming the Tide of Climate Change

A warming planet is the greatest challenge we face as a global community. Yet the scale of climate change can be overwhelming and lead to defeatism. During this Headliners event, University of Minnesota climate experts will share how personal action can make a difference—whether it is through environmental advocacy, education, personal behavior, focused philanthropy, or supporting innovation in sustainability.

The panelists also will wade through the science to provide practical tips to slow the impact of climate change. 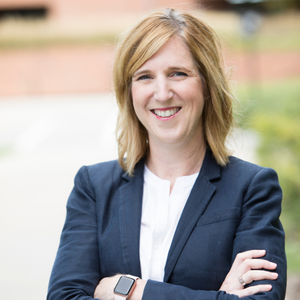 Jessica Hellmann is the director of the Institute on the Environment and the Ecolab Chair in Environmental Leadership. She is an expert on global change ecology, climate adaptation, and the reduction of greenhouse gas emissions. Hellmann counsels state and national governments on natural resource management so future generations may enjoy the beauty and function of nature as we do today. She also works with governments and corporations to build investment in climate change adaptation. 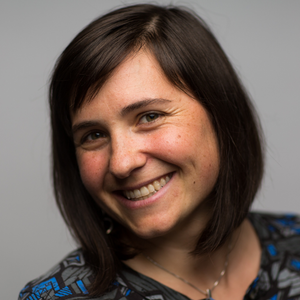 Heidi Roop is the director of the Minnesota Climate Adaptation Partnership, an assistant professor of climate science in the College of Food, Agricultural, and Natural Resource Sciences, and an Extension Climate Science and Adaptation Specialist. She is an expert in climate science and multi-sectoral approaches to climate adaptation. Roop collaborates with a range of local, state, and federal governments, Tribes, communities and businesses around the United States to help them prepare for the diverse impacts of climate change. 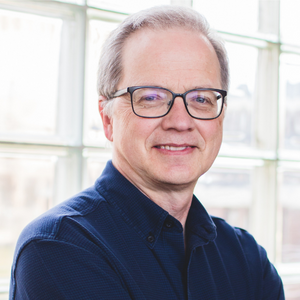 Fred Rose is Adjunct Faculty at the Humphrey School of Public Affairs, currently teaching climate-related policy and advocacy. Fred has over 40 years' experience engaging with complex grand challenges. While at the UMN he has created a range of experiential and international courses to help students become changemakers and advocates for social and environmental issues. Prior to the UMN, he had a 27-year career with Honeywell in various global engineering and strategy roles. He is also founder of the local nonprofit High Tech Kids. 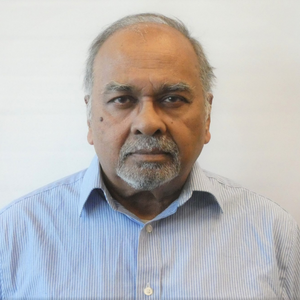 Ashok Singh is associate professor of toxicology in the Department of Veterinary Population Medicine, College of Veterinary Medicine. He received his MS/PhD in biochemistry from Banaras University, India, and PhD in toxicology from Simon Fraser University, Canada. Singh’s research interests include neuro- and analytical-toxicology. His teaching and research experience include nanotechnology, nanoparticles, toxicity of nanoparticles, human activities and climate change, and sustainable development.

Indigenous Explorations: How Native Hawaiians (and Other Indigenous People) Explored the World to Defend Their Place in It
David Aiona Chang
May 5, 2022

Xenophobia in America: How We Got Here and What's at Stake
Dr. Erika Lee
March 4, 2021
Audio not available

Studying the Beginning of the Universe from the Bottom of the World
Dr. Clem Pryke
May 2, 2019

“Believe Me”: Seeking Truth in an Age of Disinformation
Jane Kirtley, JD
April 4, 2019

Another Year for the Record Books? 2018 Election Results and the Implications for Governing
Dr. Kathryn Pearson
December 6, 2018

Investigating Suicide, Self-Injury, and Psychosis: The Importance of the Research, the Risks to the Researchers
Dr. Sophia Vinogradov
November 1, 2018
Audio not available

Climate Change in Our Own Backyards: Evidence and Implications
Dr. Mark Seeley
October 4, 2018

From ICE to Sanctuary Cities: The Myths and Realities of Immigration Enforcement
Linus Chan, JD
November 2, 2017

The Art of the Wasted Day
Patricia Hampl
May 4, 2017
Audio not available

Best of Class: Can We Feed the World Without Destroying It?
Dr. Jason Hill
February 2, 2017
Audio not available

One for the Record Books: 2016 Election Results and the Implications for Governing
Dr. Kathryn Pearson
December 1, 2016

When Everyone is Above Average: Inflated Rhetoric in Higher Education
Julie Schumacher
February 5, 2016

Mapping and Interfacing with the Human Brain
Dr. Bin He
December 3, 2015
Audio not available

Contemporary Fiction and the Modern Security State
Charles Baxter
May 7, 2015

What's Next for Generation Next? R.T. Rybak Tackles the Education Achievement Gap
R.T. Rybak
May 1, 2014

Managing Global Crises and the Future of Our World
Dr. Eric Schwartz
February 6, 2014

The Secret World of the Body's Blood-Clotting System: An Inside Look at the Elusive Platelet
Professor Christy Haynes
March 7, 2013

Seeing the Forest and the Trees: The Impact of Climate Change on Terrestrial Ecosystems
Regents Professor Peter Reich
February 7, 2013

Ramp Up to Readiness: Should College Be the Goal for Every Student?
Kent Pekel, executive director of the University of Minnesota College Readiness Consortium
March 1, 2012

What's Next?: Debunking the Myths about Retirement in America
Professor Phyllis Moen
October 6, 2011

Get Smart: A Power Grid for the 21st Century
Professor Massoud Amin
January 6, 2011

Book Versus Nook (and iPad and Kindle and Kobo and...)
Douglas Armato, director of the University of Minnesota Press
December 2, 2010
Download Book Vs Nook MP3

Stem Cells and Regenerative Medicine: The Controversy and the Science
Professor Jonathan Slack, director of the Stem Cell Institute at the University of Minnesota
October 7, 2010
Download Stem Cell MP3

Who Really Makes National Security Policy?
Vice President Walter Mondale and Larry Jacobs, director of the Center of the Study of Politics and Governance at the Humphrey Institute of Public Affairs
February 4, 2010
Download National Security MP3

Living on a Shrinking Planet: Challenges and Opportunities for a Sustainable Future
Jonathan Foley, Director of the Institute on the Environment at the University of Minnesota
February 5, 2009
Download Sustainable Future MP3

Headliners a program of the Osher Lifelong Learning Institute of the University of Minnesota.