Summer is here, and while the tragedies and challenges facing our cities, our nation, and the world mean we all have very real and difficult work to tend to, we hope that part of your summer will be more free—lazy-hazy-crazy—and also educational. Happily, we have something to fill that summery prescription. So grab the porch rocker (a skateboard or beach towel), fire up your laptop, tablet, or smartphone, and listen to Headliners' new podcast!

Go beyond the spin and soundbytes when you engage with this popular series in which University scholars and researchers share firsthand knowledge of today’s most intriguing stories. From medical breakthroughs and culture clashes to social trends, international affairs, and more, you’ll learn the who, what, where, why, and how from an insider’s point of view and then share your insights in a moderated and lively Q&A. 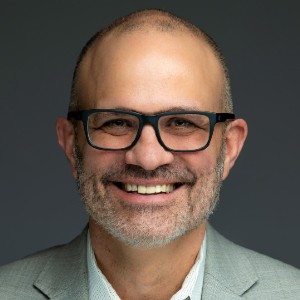 However, their prevalence prior to World War II has been outstripped by the advent of modern polymers—petroleum-based compounds that are primarily derived from finite stores of fossil resources.

The rapid and continuous growth of the polymer industry has led to a myriad of useful technologies and, unfortunately, staggering levels of synthetic polymer (plastic) trash.

While much of this waste is all too visible, the refuse from degradation-resistant plastic that we don’t routinely encounter (in our oceans, for example) is wreaking ecological damage far and wide.

According to Professor Marc Hillmyer, basic research in the field of sustainable polymers is of paramount importance to tackle this challenge. Polymer scientists and engineers have a shared responsibility to help reverse this harmful course and more carefully consider the origins and fates of the materials they study.

“The challenge is all the more daunting,” he notes, “because polymers do and will continue to play a significant and positive role in modern society, and we cannot compromise on performance when developing materials for the future.

Join us October 1, when Professor Hillmyer will highlight the work being conducted in the National Science Foundation Center for Sustainable Polymers (headquartered at the University of Minnesota), where today’s research discoveries will undoubtedly lead to the packaging, construction, household, clothing, automobile, and energy materials of tomorrow.

Marc Hillmyer, PhD, California Institute of Technology, is a Distinguished University Teaching Professor and the McKnight Presidential Endowed Chair in Chemistry, College of Science and Engineering, University of Minnesota. He also directs the Center for Sustainable Polymers, a National Science Foundation Center for Chemical Innovation that is headquartered at the University. 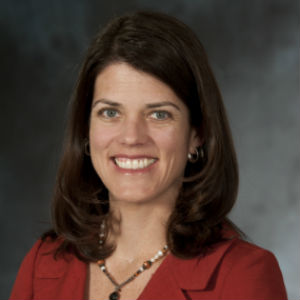 Take your pick: 2000, 2008, 2016, it seems as though nearly every recent US Presidential Election is new, unprecedented in some way, shape, or form. The polls, the 24-hour news cycle, the parties, the candidates themselves, have all played a role in the often fraught unconventionality of these election years.

Certainly, the 2016 election—no matter your view—was distinct and charged, and as the current presidential term winds down amidst a global pandemic and economic crisis, one can’t help but wonder about the country’s 59th quadrennial election.

Come November and this edition of Headliners, the 2020 election will have taken place and all 435 seats in the United States House of Representatives, 35 of the 100 seats in the US Senate, and the office of president of the United States will have been contested and decided. (We think.) Your guess is as good as ours as to what the post-election terrain will look like.

Join us—post-vote—on November 5, when political scientist Dr. Kathryn Pearson will help us gather our collective senses and better understand where we’ve been, where we’re headed, and the election’s implications for governing in the years to come. 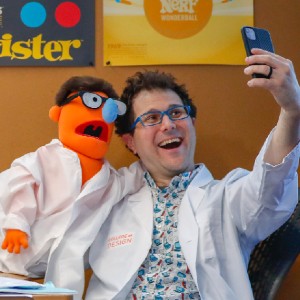 Let’s face it: the world is, and has always been, full of problems large and small, dire and trite. Throughout history, we have called upon creativity and innovation to address and solve these issues. Think: wheel, radio, pasteurization, Silly Putty. Necessity is, after all, the mother of (most) invention.

But how are these ideas generated? What creates the spark that eventually leads to a Cray CDC 6600 Supercomputer, a prosthetic limb, or even a Barrel of Monkeys?

Join us on December 3, when Kudrowitz delves into the connections between creativity, prolific idea generation, humor, and play, and why these things should be included in our work environments if we want to enliven creative leaders.

Barry Kudrowitz, PhD, Massachusetts Institute of Technology (MIT), is an associate professor and the director of product design in the College of Design at the University of Minnesota. A frequent speaker and workshop leader, Kudrowitz has presented his research findings to industry leaders at Target, 3M, Mayo Clinic, and Kaiser Permanente, as well as educators at MIT, Vanderbilt University, Purdue University, and City University of Hong Kong, among others. 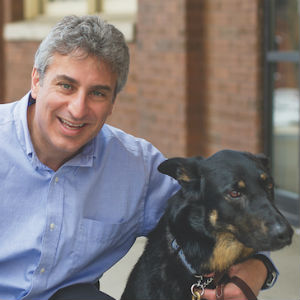 Of Dogs, Dinosaurs, Elephants, and Kids: Demystifying (and Curing) Cancer

What do you know about cancer? Did you know that in their long-ago day, dinosaurs got cancer? And that dogs, sharks, cows, and parakeets get cancer?

For most people, cancer is a mysterious and fearsome condition. This emotionally based response means that social stigmas are often tied to a cancer diagnosis. However, at its core, cancer is a disease caused by mutations in a cell’s DNA. In fact, the same mechanisms of DNA mutation that lead cells to become cancerous are the drivers of evolution. Therefore, cancer risk may be considered to be part of our evolutionary legacy. Moreover, few people realize that advances in cancer research and treatment are allowing millions of people and animals to lead healthy and fulfilling lives as cancer survivors.

According to Dr. Jaime Modiano of the University’s College of Veterinary Medicine and Masonic Cancer Center, the biological and evolutionary foundations for why and how cancer happens across the animal kingdom are key to this research.

Join us February 4 when Modiano explains how breaking through the evolutionary lifespan barrier affects cancer risk, allowing scientists to not only demystify the condition, but also develop effective approaches to prevent and cure cancer in humans and companion animals alike.

Jaime Modiano is the Alvin and June Perlman Endowed Chair of Animal Oncology and director of the Animal Cancer Care and Research Program of the College of Veterinary Medicine and Masonic Cancer Center at the University of Minnesota. Through the Modiano Lab, he seeks to understand how and why cancer happens, and to translate that research into clinical applications that improve the health and well-being of companion animals and humans. 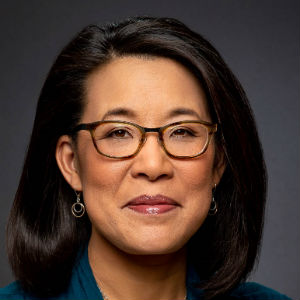 Xenophobia in America: How We Got Here and What's at Stake

The United States is known as a nation of immigrants. Paradoxically, it is also a nation of xenophobia, and this irrational fear, hatred, and hostility toward immigrants has been a defining feature of our country from the colonial era to the Trump administration.

Join us March 4, when award-winning author and historian Dr. Erika Lee helps us to confront this history and explains how xenophobia works, why it has endured, and how it threatens the United States.

Erika Lee teaches American history at the University of Minnesota, where she is a Regents Professor, a Distinguished McKnight University Professor, the Rudolph J. Vecoli Chair in Immigration History, and the director of the Immigration History Research Center. One of the nation’s leading immigration and Asian American historians, Lee was recently awarded an Andrew Carnegie Fellowship, (also known as the “brainy award”) and named incoming Vice President of the Organization of American Historians.

The 2019–2020 season of Headliners (truncated as it was by COVID-19) is now available via Headliners new podcast. Catch the first five episodes and subscribe on Apple Podcasts to receive new episodes as they become available.

Studying the Beginning of the Universe from the Bottom of the World
Dr. Clem Pryke
May 2, 2019

“Believe Me”: Seeking Truth in an Age of Disinformation
Jane Kirtley, JD
April 4, 2019

Another Year for the Record Books? 2018 Election Results and the Implications for Governing
Dr. Kathryn Pearson
December 6, 2018

Investigating Suicide, Self-Injury, and Psychosis: The Importance of the Research, the Risks to the Researchers
Dr. Sophia Vinogradov
November 1, 2018
Audio not available

Climate Change in Our Own Backyards: Evidence and Implications
Dr. Mark Seeley
October 4, 2018

From ICE to Sanctuary Cities: The Myths and Realities of Immigration Enforcement
Linus Chan, JD
November 2, 2017

The Art of the Wasted Day
Patricia Hampl
May 4, 2017
Audio not available

Best of Class: Can We Feed the World Without Destroying It?
Dr. Jason Hill
February 2, 2017
Audio not available

One for the Record Books: 2016 Election Results and the Implications for Governing
Dr. Kathryn Pearson
December 1, 2016

When Everyone is Above Average: Inflated Rhetoric in Higher Education
Julie Schumacher
February 5, 2016

Mapping and Interfacing with the Human Brain
Dr. Bin He
December 3, 2015
Audio not available

Contemporary Fiction and the Modern Security State
Charles Baxter
May 7, 2015

What's Next for Generation Next? R.T. Rybak Tackles the Education Achievement Gap
R.T. Rybak
May 1, 2014

Managing Global Crises and the Future of Our World
Dr. Eric Schwartz
February 6, 2014

The Secret World of the Body's Blood-Clotting System: An Inside Look at the Elusive Platelet
Professor Christy Haynes
March 7, 2013

Seeing the Forest and the Trees: The Impact of Climate Change on Terrestrial Ecosystems
Regents Professor Peter Reich
February 7, 2013

Ramp Up to Readiness: Should College Be the Goal for Every Student?
Kent Pekel, executive director of the University of Minnesota College Readiness Consortium
March 1, 2012

What's Next?: Debunking the Myths about Retirement in America
Professor Phyllis Moen
October 6, 2011

Get Smart: A Power Grid for the 21st Century
Professor Massoud Amin
January 6, 2011

Book Versus Nook (and iPad and Kindle and Kobo and...)
Douglas Armato, director of the University of Minnesota Press
December 2, 2010
Download Book Vs Nook MP3

Stem Cells and Regenerative Medicine: The Controversy and the Science
Professor Jonathan Slack, director of the Stem Cell Institute at the University of Minnesota
October 7, 2010
Download Stem Cell MP3

Who Really Makes National Security Policy?
Vice President Walter Mondale and Larry Jacobs, director of the Center of the Study of Politics and Governance at the Humphrey Institute of Public Affairs
February 4, 2010
Download National Security MP3

Living on a Shrinking Planet: Challenges and Opportunities for a Sustainable Future
Jonathan Foley, Director of the Institute on the Environment at the University of Minnesota
February 5, 2009
Download Sustainable Future MP3