Higher Education and Weirder Technology in the 2020s

How can we best prepare for a new academic environment for the next generation? Education is facing a rising tide of challenges as we approach the 21st century's third decade. Many campuses face tightening financial problems. Demographic changes are rewriting our enrollment expectations. The globalization of higher education is starting to run into the crosscurrent of rising nationalism. At the same time, digital technology is rapidly mutating into a dizzying array of options, threats, and experiences. Blockchain, mixed reality, big data, algorithms, artificial intelligence and other developments present a challenging new world. Technology intersects with society and politics in ways that can be breathtaking, dystopian, or liberating—possibly all at the same time. How can we guide American higher education forward across this terrain? 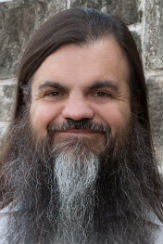 Bryan Alexander is an internationally known futurist, researcher, writer, speaker, consultant, and teacher, working in the field of how technology transforms education. He completed his English language and literature PhD at the University of Michigan in 1997, with a dissertation on doppelgangers in Romantic-era fiction and poetry. Then Bryan taught literature, writing, multimedia, and information technology studies at Centenary College of Louisiana. There he also pioneered multicampus interdisciplinary classes, while organizing an information literacy initiative. From 2002 to 2014 Bryan worked with the National Institute for Technology in Liberal Education (NITLE), a nonprofit working to help small colleges and universities best integrate digital technologies. With NITLE he held several roles, including codirector of a regional education and technology center, director of emerging technologies, and senior fellow. Over those years Bryan helped develop and support the nonprofit, grew peer networks, consulted, and conducted a sustained research agenda. In 2013 Bryan launched a business, Bryan Alexander Consulting, LLC. Through BAC he consults throughout higher education in the United States and abroad. Bryan also speaks widely and publishes frequently, with articles appearing in venues including The Atlantic Monthly and Inside Higher Ed. He has been interviewed by and featured in MSNBC, US News and World Report, National Public Radio, the Chronicle of Higher Education, the National Association of College and University Business Officers, Pew Research, Campus Technology, and the Connected Learning Alliance.