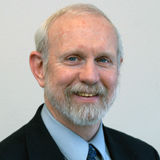 Peter H. McMurry is noted for his research on atmospheric aerosol measurement, gas-to-particle conversion processes, and behavior of ultrafine aerosols. He was President of the American Association for Aerosol Research in 1994-95, was Head of the Department of Mechanical Engineering from 1997-2007 and he served as Editor-in-Chief of Aerosol Science and Technology from 2008-2016. He received a Fulbright Fellowship in 1989 and a Guggenheim Fellowship in 2007. Formerly the Kenneth T. Whitby Professor of Mechanical Engineering, Professor McMurry retired from the University of Minnesota in 2017.