Working in facility management, Ben Martinson knows a thing or two about high-stakes problem solving. Take last summer for example. Only a few months into his new role as director of facilities for a nonprofit organization in Saint Paul, a major accident unfolded in the building Ben managed. A faulty coil broke in the building’s cooling system, spilling 500 gallons of glycol, a cooling agent. Ben was on the scene immediately to deploy damage control. As the head of facility management, it was his job to be a leader for his team and to strategically implement a solution while bearing in mind all those who would be affected by the coil incident. 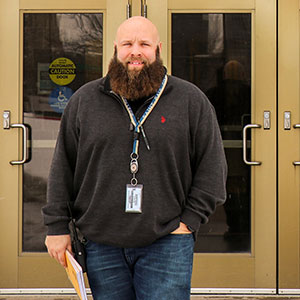 The crisis called for Ben to partner with the facility’s director of public safety and other specialists to handle the situation efficiently. A hazmat crew was brought in for cleanup and the EPA was alerted. Next, Ben evaluated the damage. The broken coil would affect cooling in one side of the building, forcing those inside to endure hot summer temperatures. It needed to be fixed soon, and the repair alone would be $15,000. Ben retreated to his office to crunch the numbers, then met with the organization’s Chief Financial Officer to determine how the budget might cover not only the coil repair but also its replacement.

“Each day is different,” Ben says of his work in facility management. “There’s so much going on all the time. I just keep juggling, hoping that when I drop a ball it’s one of the rubber ones.”

Ben has spent most of his working life tackling various roles in facility management, and he’s also earning a bachelor’s degree to augment his day-to-day experience. With a degree in Construction Management and a focus on Facility Management, Ben is learning valuable skills that he can use on the job, such as how to read blueprints, how to carefully prepare estimates, and how to hone effective communication skills.

“Things change so rapidly in my profession,” Ben says. “The classes I’m taking teach me about best practices, which is very beneficial.”

Climbing the Ranks in Facility Management

Since he was young, Ben knew he wanted to pursue hands-on work. “I’ve always had a strong mechanical aptitude,” he says, and that mechanical aptitude led him to take on an array of jobs in facility management—each of which he’d excel in and enjoy a promotion.

He started out as a mechanic and expanded his repertoire from there. Ben has experience working as everything from janitor and caretaker to maintenance technician and mechanic. His interest led him to enjoy a variety of roles and titles, working in different facilities, each with its own unique challenges. But as the years went by, Ben noticed he was having trouble climbing past a certain point. While he now has a fulfilling job as a director of facilities, he senses that he needs to level up if he wants to keep climbing.

“I’m at a little bit of a professional ceiling,” Ben says. “For the most part, I’m not going to move up without that four-year degree, depending on what my long-range goals are.”

"Without a facility manager, a building wouldn’t function. We keep the lights on, the water moving, the heat and cool air flowing. That’s what I like about it; you get to do a little bit of everything. It’s what I came up in, and there’s a lot of opportunity in the degree program and the industry.”

With a wife and two kids to support, Ben has his eye on that ladder, and he intends to keep climbing to higher roles. He loves the work because no day is the same, and he knows his role is absolutely essential. When asked what it is about facility management that excites him and keeps him ambitious for more rigorous challenges, Ben has a lot to say.

“Facility management touches everybody. A broken window, that’s you. A heating or cooling issue, that’s you. Asset management, construction management, vendor management, contracts, RFPs, RFQs: These are all things you get to do when you’re wearing this hat,” Ben says. “When you choose a facility management track, you’re not limiting yourself. You can be a property manager, an estimator, a foreman, or a site supervisor. Without a facility manager, a building wouldn’t function. We keep the lights on, the water moving, the heat and cool air flowing. That’s what I like about it: you get to do a little bit of everything. It’s what I came up in, and there’s a lot of opportunity in the degree program and the industry.”

Today, Ben continues to stay busy putting out the proverbial fires (and sometimes real ones) on the job, taking classes to complete his degree at night. With a year or two between him and graduation, Ben is pushing himself to work hard and continue rising in his profession as a facility manager.

“I’m very much engaged in the material I’m learning because it’s literally my livelihood,” Ben says. “It’s where I want to be and what I want to do.” 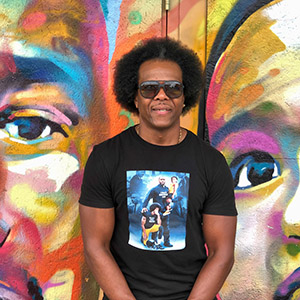 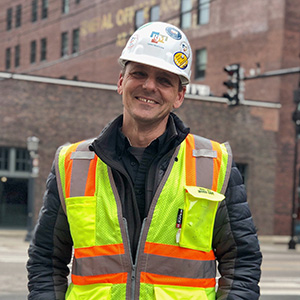 Building a Life in Construction 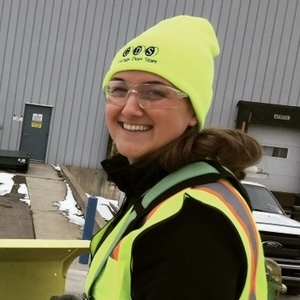