Charting a Path to Purpose

Washington, DC; Missouri; Kansas; California; Hawaii; New York. These are all places Ryan Tink has already lived. But it's here in Minnesota where Ryan has landed to pursue his graduate degree. 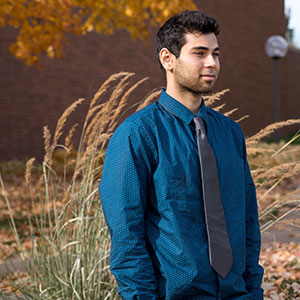 Ryan grew up in Washington, DC but obtained his undergraduate degree in sociology in Olathe, Kansas. After working in New York and Hawaii, he wanted to move back to the Midwest to be closer to family and friends. He was also looking for a career path that was more tangible.

“I wanted to get better direction on how to combine the passions I had been pursuing serving populations in diverse environments into something I could do for a lifetime,” he says about his decision to apply to the MPS in Integrated Behavioral Health.

A History of Engagement

Before he arrived at the U of M, Ryan had been applying his sociology degree to a wide range of service-oriented jobs and experiences. He worked with 15-LOVE, an inner-city tennis nonprofit serving nearly 4,000 youth a year, while volunteering as a VISTA in AmeriCorp in Albany, New York. He also taught urban gardening, cooking, and nutrition classes and oversaw the creation of healthy living programs for youth and families.

“I realize I am passionate about working with people and youth of diversity."

He then went on to serve as a coordinator for urban gardening programs at a startup in Kaneohe, Hawaii. He also served in a short-term shelter counseling youth in crisis for Catholic Charities here in Minnesota and was as an educator in a nature-based, after-school program for Somali children with Camp Fire Minnesota.

He currently volunteers with Urban Boatbuilders, a nonprofit group that teaches youth how to build boats in Saint Paul. It has been through these programs and exposure to different cultures that Ryan’s calling has begun to materialize. 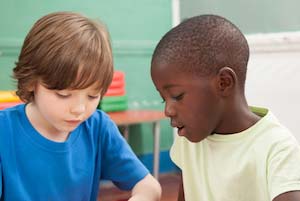 “I realize I am passionate about working with people and youth of diversity. I saw a lot of youth in short-term shelters who had come from Child Protective Services, juvenile detention centers, or hospitals after a suicide attempt, and I wanted to be more hands-on and helpful to them and the circumstances that led them there.”

His sense of civic responsibility runs deep. “My dad, who is my hero (shout-out to Fletcher), was a Peace Corp member, a missionary, and a professor of urban missions and urban development in 160 countries across the world,” Ryan says. “My parents are human-centered people. They taught me to want to hear stories from the other neck of the woods and to try to help.”

Ryan is taking three courses a semester now, preparing to start his first internship in a few months. He says that deciding to go back to school was “100 percent the right choice.”

“I appreciate the program more than I expected. It’s more valuable than I ever realized.” He notes the amount of hard work that the faculty, staff, and students put forth is inspiring. And while he has high hopes for combining career fields after he graduates, he knows he wants to assist “those who often don’t have a voice: populations of diversity, immigrants and refugees, the elderly, the poor, the marginalized, etc.”

He is also considering pursuing an MBA on top of his MPS. “It’s valuable to incorporate health into the world of business,” he says, “not just social services and mental health professions.”

“Go into it with an open mind; step back and see how many resources there are.”

Ryan Tink is a recipient of the Julius Nolte-Harold Miller Scholarship and The Quell Foundation’s Bridge the Gap Scholarship. 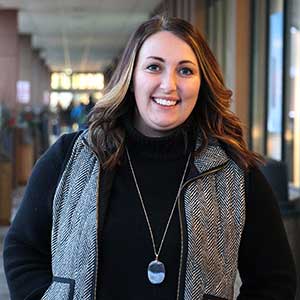 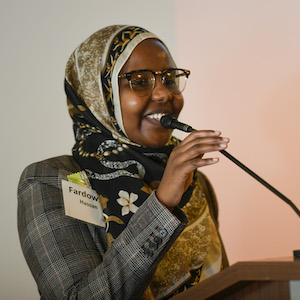 On the Difference Scholarships Make 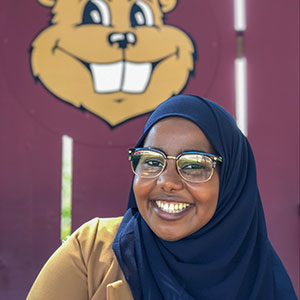