After serving more than 20 years in the Army, Ryan Phillips retired with one clear goal: He wanted to go to college. Within months of putting the military behind him, Ryan found himself pursuing that goal. And the area of study he chose? Construction management.

To understand how Ryan went from dedicated soldier to eager student learning how to manage commercial construction projects, you have to back up a bit.

Be All You Can Be

Ryan joined the Army in 1995, shipping out to Basic Training two weeks before his high school graduation ceremony. It was the beginning of his decades-long career in the Army.

He spent his twenties traveling from base to base, living in extreme climates from Alaska to Hawaii, Louisiana to upstate New York. He was even stationed overseas, in Afghanistan. And it was there, during a 15-month deployment, that he got his hands dirty doing construction work, building schools, roads, government buildings, and more, managing projects from an owner’s rep standpoint.

“I really enjoyed the engineering aspects of that job,” he says. “I didn’t have any experience with construction, but I’ve always been a very curious person. At the time, I’d frequently be lost in Wikipedia articles about engineering.”

The work allowed Ryan to hone his project management skills as well, and that, he knew, was a skill set he wanted to grow. He thought a lot about earning his degree one day. It became an urge to reinvent himself as a student, to pivot his career. And he already had an idea of where he might pursue such an endeavor.

From 2010 to 2014, Ryan was stationed at the University of Minnesota, based in the Armory teaching Military Science with the Army ROTC program and mentoring cadets. Through that experience, he got a taste for the campus and knew he’d be back one day to pursue his education.

When he retired from the Army in 2016, Ryan made a beeline for the U of M and declared a major that made sense to him. The Construction Management (CM) program made use of the skills he’d gained abroad, and he also knew he’d have a chance to grow as a project manager. He wasn’t sure what career he’d pursue with a CM degree, but he was excited about the prospect of something new.

“I’ve reinvented myself a couple of times,” he says. “I intend to keep doing that.”

Reinventing Himself at the U

In the fall of 2016, Ryan was a full-time student at the U learning economics, calculus, and more. “I would recommend this route to anybody,” he says. “Doing school older is so much easier. It’s as challenging as you want it to be. I very much enjoyed it, and if I could go back in time, I wouldn’t do it any other way.”

Once he’d completed his general coursework, he transitioned into his core classes in the CM program, which scratched an itch Ryan had for combining his interest in engineering and project management. It also allowed him to exercise his thoughts on communication. 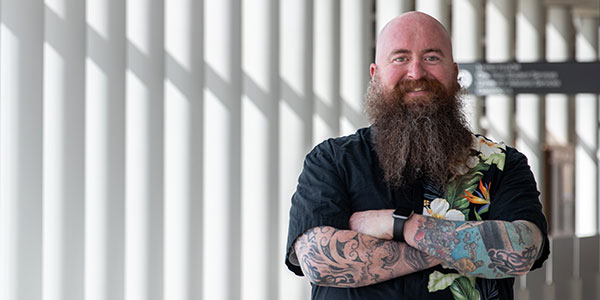 “So many people in [the construction] industry have a pile of Post-it® notes as their system, and that causes so many problems,” Ryan says.

In his Specifications and Technical Communications class, Ryan gave a presentation to the class about three key ways to stay organized and communicate clearly. Ask him about his note system, and he'll wax poetic about task lists, creating rules to streamline an email inbox, and using Excel spreadsheets as an everyday tool. And with that, his fellow students were quite interested in his organizational techniques.

An Internship, a Job, and Beyond

Many students in the CM program complete an internship, and Ryan wanted to pursue that opportunity as well. He applied to several businesses, but there was only one that extended an internship offer. As fate would have it, that one turned out to be a perfect fit for Ryan. He landed an internship with Kendell Doors & Hardware. The internship went so well that Ryan was offered a full-time job at the end of it.

“It’s not as hard as you think it’s going to be. I felt intimidated at first, and I found I had no reason to be. It’s been a great experience.”

“He quickly picked up the technical aspects of our work, and became an intern we wanted full-time,” says Jon Cramer, Director of Project Management at Kendell Doors. “Ryan quickly became one of my go-to people. Whether marking hardware, receiving material, meeting onsite at 5 a.m. to swing a door, managing projects, or providing a bit of comic relief, we've come to depend on him.”

The feeling is mutual. Ryan is content with his new-found career path, and he’s nearing the end of his undergraduate experience. But he’s not done learning. He’s applying to earn his MBA part-time, planning to burn the candle at both ends between work and school as long as he can.

His advice to anyone who’s considering education after years away from the classroom: “It’s not as hard as you think it’s going to be. I felt intimidated at first, and I found I had no reason to be. It’s been a great experience.” 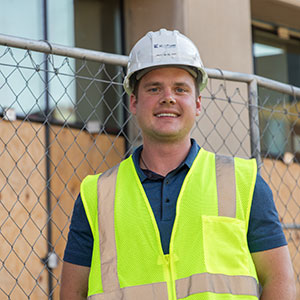 A Field that Fits 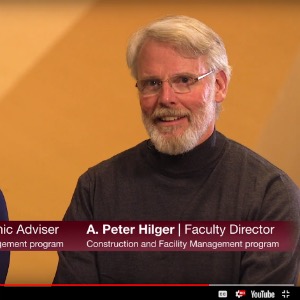 VIDEO: What Students Love About the Construction Management Program 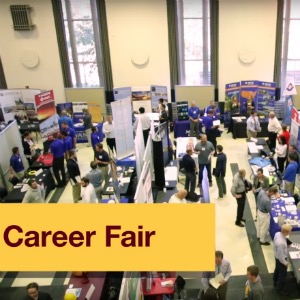