Dr. Michael Ross, PhD, MD, MPH, MHPEd, MSt, U of M Professor and Joycelyn Elders Chair in Sexual Health Education, has been named the Director of Graduate Studies for the new graduate-level Certificate in Human Sexuality. 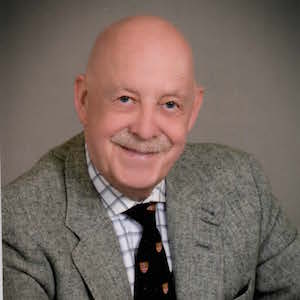 Dr. Ross holds degrees in cross-cultural health psychology, criminology, public health, and health education. He has studied sexuality and sexual and mental health for more than 30 years in India, South Africa, Sweden, Tanzania, Uganda, and Vietnam. He has practiced as a clinical psychologist and is a fellow of the American Psychological Association and the British Psychological Society. In addition to publishing more than 500 scientific papers and books, he was a coauthor of the Surgeon General’s 2001 Report of Sexual Health and Responsible Sexual Behavior. Dr. Ross was born in New Zealand and educated in Australia, England, and Sweden.

The study of human sexuality is still a young discipline. “When I was doing my master’s in the 1970s in New Zealand, I read studies of sexuality in sexual minority groups and was shocked by how inadequate they were,” he says. “So I wrote my thesis in the area.”

When he got his first academic job at a medical school, he was asked to teach the human sexuality course because he was the only person in the school who had researched, published, and completed a PhD in the area.

In the early 1980s he began researching STI (sexually transmitted infections) in MSM (men who have sex with men) just as the HIV epidemic was hitting Australia. This work in venereology became the basis of extensive work on HIV and STI prevention and later led him to study the high rate of STI and HIV infection in prison populations. He went on to write the book Health and Health Promotion in Prisons (London: Routledge, 2013), which discusses the many medical, legal, and policy issues surrounding prison healthcare, accounting for both inmate and prison staff perspectives.

“There is a huge need to train health care workers and other professionals and very few qualified to do that training.”

In 2015 he became the United State's first Joycelyn Elders Chair of Human Sexual Health Education at the University of Minnesota. Most recently, his research into HIV and STIs in East Africa has taken him into the area of accessibility of health care, stigma, and human rights, and teaching sexual health skills to nurses and physicians there.

Dr. Ross believes that sexuality education shouldn’t be just for adolescents. Sexuality is a lifelong issue, and health care practitioners should be able to knowledgeably speak to their patients about their sexuality as it relates to their overall health.

“There is a huge need to train health care workers and other professionals and very few qualified to do that training, as well as offer the courses in a widely accessible format,” he says.

The Certificate in Human Sexuality intends to chip away at that training gap. “We want to attract graduate-level professionals who want training in human sexuality from one of the leading universities and departments in the world in this field.”

Dr. Ross sees candidates for this program fitting into one of three groups: 1) those who work in the field of human sexuality and sexual health (physicians, nurses, social workers, high school sex education teachers); 2) graduate students who cannot find human sexuality courses at their home university; and 3) those who work in the sexuality field in human development, law, human rights, women’s studies and reproductive health, and related areas (often international students). International students who meet the entry qualifications are accepted.

"At the University of Minnesota, where with 12 faculty we have one of the biggest human sexuality departments in the world—and the Program in Human Sexuality has existed for over 45 years—we are perfectly situated to offer a critical mass and University support to those wanting training in the field.”

Dr. Ross will be teaching the online course, HSEX 6013 Sexual Health Education, in spring 2018. The course covers the history of sexual education, primarily in the US with international comparison, as well as current and emerging issues in sexual education.