As a small business owner dedicated to making an economic and cultural impact in her community of Stevens Point, Wisconsin, Quyen Hom once struggled to articulate the core values of her business. A Minneapolis native and Inter-College Program alumna (2009), she opened Assembly Shop, an online and brick-and-mortar store that carries clothing, accessories, and small gift items in 2016. True to its name Assembly (noun: a group of persons gathered together, usually for a particular purpose), the downtown store has become a focal point for collaborations energized by an inclusive, entrepreneurial spirit.

Assembly also evokes Quyen’s range of interest and influence, both of which embrace the idea that businesses have a responsibility to simultaneously make a profit and make an impact. “The thing about my business is that we're not all business. A huge piece of Assembly Shop’s core values center around giving back to the community in which we live and conduct business.”

“The thing about my business is that we're not all business. A huge piece of Assembly Shop’s core values center around giving back to the community in which we live and conduct business.”

No question, Quyen’s pace is furious. In the last decade, she has launched two businesses (the second being Quyen Hom Creative) and an Instagram series, served on the Women’s Fund of Portage County Board of Directors, and earned her MBA in Applied Leadership and Decision-Making from the University of Wisconsin-Stevens Point (UW-SP), where she was an entrepreneur-in-residence and nominated for the Chancellor’s Leadership Award. She’s currently on the board of the Stevens Point Area Convention & Visitors Bureau and a member of the UW-Stevens Point Business Advisory Council.

Now 38, Quyen describes herself as “innovative, hardworking,” then pauses to consider and stress, “and grateful. Yeah, very lucky to be where I’m at now; I feel like in life you're dealt cards and a hand and it's up to you.”

The cards dealt have not always been lucky. As an undergraduate at the University of Minnesota “I was kind of coming into my own as an adult,” she admits. “I wanted a big social life and was finally immersed in a more diverse culture where I had more people around me that were like me.” 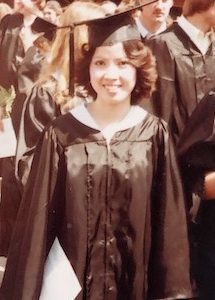 After a few difficult semesters, Quyen left the University, but returned to complete her degree while also working as a dental hygienist. In 2009, she received her bachelor's degree in Applied Business and Communication Studies through the Inter-College Program (ICP).

“I excelled my second time around, but you know, it was always something I wanted to do. My mom was a refugee of the Vietnam War. She came to the United States, went to college, and graduated with a bachelor's degree. Compared to that experience, I’ve lived a very privileged lifestyle, so I thought I could at least do that [earn a degree].”

It was her mother’s experience and determination that also inspired Quyen to begin work on her MBA 11 years later. She credits both the ICP and MBA programs for being “working-adult friendly” and providing the flexibility to tailor her courses to match her interests and career goals.

Recently, Quyen accepted an invitation to speak about her education at a women's entrepreneurship conference by saying, “Okay, well, I'm going to talk about how I almost failed. My school experiences and my work experiences have gotten me to where I'm at today, so without those hiccups and without those failures, I don't know where I’d be…I feel like if you didn't have to struggle through some things, you don't really appreciate what you've worked for.”

Be All the Things

Fast forward and it’s clear that Quyen has not only excelled in a challenging retail landscape, she’s also redefined how small businesses can leave lasting legacies in meaningful ways. And while social media and well-nurtured community connections have helped her business to thrive, they also have fueled Assembly Shop’s purpose-driven business plan and identity. 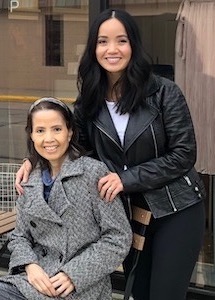 The Be All the Things Scholarship provides financial assistance for non-traditional students and underrepresented students at UW-Stevens Point. It also honors Quyen’s late mother, Thuy Luu, who Quyen notes, “was every bit the definition of a non-traditional student.” It also continues her mother’s legacy of giving. “For all the hardships that she endured, she always instilled in me the importance of being happy with what you have, and giving back to the community in which you live.”

Established in 2017 as a way to support a non-traditional female student, the scholarship took on new meaning after Thuy passed away in 2019. In an effort to help more students, Quyen recently spearheaded a successful campaign to endow the scholarship.

Key to this success was Quyen’s crowd-sourcing and community organizing abilities, as well as the proceeds from an ongoing selection of Assembly Shop merchandise created in partnership with local artists, designers, and businesses. In addition, a percentage of the store’s annual revenue helps to fund the scholarship, which is now credited with being “an active partner in improving the Diversity, Equity and Inclusion efforts at UW-SP.”

“Well,” Quyen says of the accomplishment, “sky's the limit now. What do I do next?”

Purpose-Driven Business, the Assembly Shop Instagram series debuted in 2020 as an antidote to the isolation and retail-ravaging effects of COVID-19, providing Quyen with a way to connect with her customers and business peers.

But as work on her MBA ramped up and her entrepreneur-in-residence work began, the Instagram conversations began to shift. It was early June and George Floyd had recently been killed by Minneapolis police. Quyen remembers thinking, “I’m a minority business owner in a small town of mainly white people. I have a voice and I've built trust with my audience, so why not talk about some of these issues and talk to other store owners of color?”

“I think you can say as much as you want, but it’s whether or not your actions back up what words you've put out there."

So she began using the channel to have conversations that went beyond business and fashion. “We use our social media as a way to connect on so many different levels, and I think that helps to inform people who may not shop with us but who are interested in what we do. The common theme is diversity and sharing our voices and really just making the Stevens Point area a better place to live and showing off what it has to offer, not just with business but our community—how we interact with one another and our values as a community.”

It would not be for another year, while completing her MBA, that she would again consider how best to articulate the core values of her business, the values she defines most clearly through her actions each and every day.

“I think you can say as much as you want, but it’s whether or not your actions back up what words you've put out there. I hope that what we've done in the community will always have that lasting impact, even far beyond how long Assembly Shop exists as a business.”