Running Down a Dream

Trinidad native Nyoka Giles has running in her genes. "My parents were both involved in track and field," she says. "In fact, that's how they first met. They were introduced by a mutual friend at a track meet when they were in high school."

She continues, "As for my getting started in the sport, I think the first time I realized that I could run was when I was in kindergarten. My parents realized I had some talent for running, so I tried out for the track team in primary school, and from there I joined a track club." 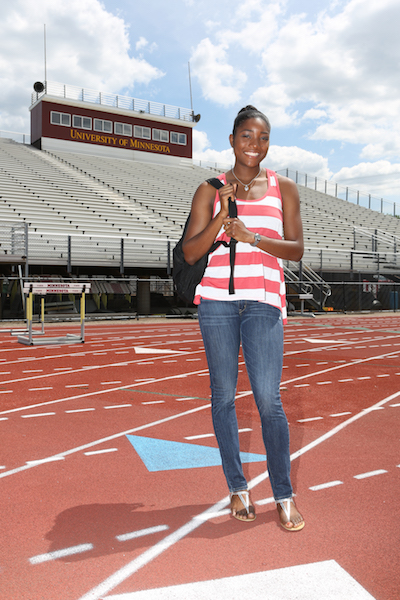 A sprinter like her parents, Giles's specialties were the 100-, 200-, and 400-meter distances, and her hard work earned her a spot on the Trinidad Junior National Team. Through the National Team, she competed in both the 2007 Pan American Junior Games in Brazil and the 2008 World Junior Championships in Poland.

Her successes led to her enrolling at the University of Minnesota to run collegiately for the Gophers. Voted 2009's Freshman of the Year, she earned her varsity letter and captured an NCAA Regional Championship as a part of the U of M's 4x100 team. She also represented Trinidad and Tobago at the 2009 Pan-Am Games, where she anchored the 4x100-meter relay to the bronze medal and earned a fifth-place finish in the 200-meter dash.

Despite an injury that curtailed her sophomore season, Giles put together an impressive portfolio during her time as a Gopher. She ends her career ranked on the school's top-ten-performer lists in several events, including the 60 meters (fifth), 100 meters (tenth), indoor and outdoor 200 meters (third), 4x100-meter relay (first—twice this season her team broke the school record), and the 4x400-meter relay (first). But running isn't all Giles is known for.

Giles's tenure at the U has not only been marked by athletic success: she's also an Academic All-Big Ten honoree. A 2012 graduate of the College of Continuing and Professional Studies' Manufacturing Operations Management program, Giles says that being successful academically while balancing a D1 athletic career was a challenge, but worth it.

"You've got to fit in practice, the weight room, the trainer's room, along with competing and traveling, all while you're studying and taking classes. It's like working a full-time job and still going to school, and there are sacrifices you have to make to make sure all the aspects are covered. You definitely learn time management skills."

"My degree in MM gave me an understanding of the concepts behind process control and quality management in high-performance manufacturing organizations. It's also given me business and leadership skills that I think will be quite beneficial. It's a nice blend of the science with the leadership aspects. I think in some of the more traditional engineering-type majors it's easy to miss out on a lot of those business skills you get in this program."

Initially, Giles planned to major in chemical engineering, but in her junior year she switched her major to manufacturing because the CCAPS program was a better fit with her career goals.

Her drive to help others made her first consider working in pharmaceutical manufacturing and drug creation, but eventually she discovered a more people- and process-centered career path.

"I realized that chemical engineering wasn't the right fit for me, and started looking around at other options," Giles says. "I found MM, and after meeting with an adviser, knew that it matched really well with what I wanted to do: work in medical device manufacturing. It's a field where I get some of that same satisfaction of being able to help people, just from a slightly different aspect."

Planning for the Future

After working at an internship, Giles will be heading to Florida International University to begin graduate studies in engineering management.

"Being in track, in school here in the US, in Minnesota, I've grown so much. Not just the hard work and struggles I've gone through to get here, but also seeing some of the things my teammates go through and how they have succeeded. And how we have worked together and encouraged each other . . . it's inspired me to be a better person." 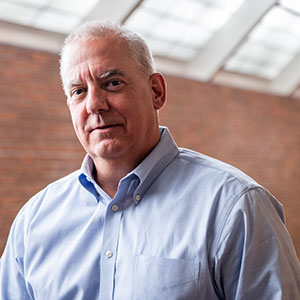 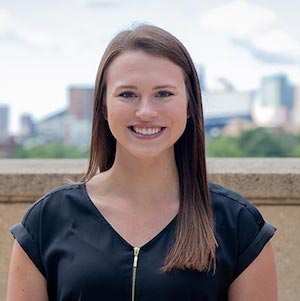 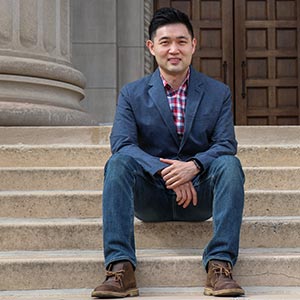