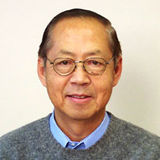 Benjamin Y. H. Liu retired from the University of Minnesota in 2002. During his 40+ years of service, he was the Richard C. Jordan Professor of mechanical engineering, had served as the director of the Particle Technology Laboratory, and was appointed a Regents Professor. He has been noted for his basic and applied aerosol research and development of innovative instruments for aerosol science. With his students, he developed the widely used vibrating-orifice aerosol generator, the electrostatic classifier, the constant output atomizer, and the Kr-85 and Polonium 210 aerosol neutralizers, among others. Prof. Liu was President of the American Association for Aerosol Research and a founding editor-in-chief of the journal Aerosol Science and Technology. He was elected to the National Academy of Engineering in 1987, and in 1994 received the prestigious Fuchs Award from the aerosol societies of Japan, Germany, and the US. He has more than 60 US and foreign patents, and is Founder and President of MSP Corporation, which designs, manufactures, and markets products in the semiconductor, pharmaceutical, and air pollution control industries.