Are you looking for high-quality, year-round courses with a community of dedicated lifelong learners? Or seeking to share intellectually stimulating social, cultural and volunteer opportunities with socially engaged and curious individuals like yourself? Look no further: OLLI at the University of Minnesota offers all that and much more.

Join us—online—for the 2021 OLLI Sampler. It’s your chance to learn about everything OLLI has to offer, including access to a vibrant roster of online and in-person courses featuring a range of topics and approaches to learning, Special Interest Groups, field trips and study tours, volunteer opportunities, and a sneak preview of three of our fall courses.

Tom Rooney will walk you through Sports, Politics, and Politicians; Jane King Hession returns to cover Three Eras of Frank Lloyd Wright; and dive deep with Mark Thomas's Of Neuroscience and Addiction.

Join us and be a part of a dynamic, engaged, ever-growing community.

After you've enjoyed the OLLI Sampler, expect to receive the Fall Course Guide in the email you registered with, and explore the breadth of what OLLI has to offer. 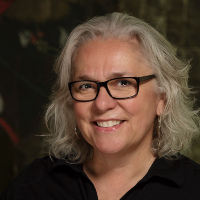 Relentlessly creative and innovative, Frank Lloyd Wright (1867–1959) designed more than 1,000 buildings during his career. A key to his longevity was his ability to successfully adapt to changing times and environments, while also remaining true to his core architectural beliefs. Through exploration of three distinct eras in Wright’s life—Japan (1905–1922); the American Midwest (1932–1950); and New York City (1954–1959)—we’ll consider how those periods contributed to Wright’s enduring status as one of the world’s most fascinating, controversial, and relevant architects. 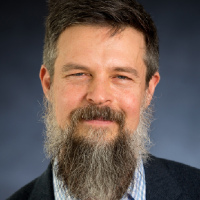 Of Neuroscience and Addiction with Mark Thomas

Substance Use Disorder (addiction) is widespread, costly, and difficult to treat; it also is one of society’s most challenging health and social issues. How does a seemingly unstoppable demand for consuming alcohol, nicotine, cocaine, heroin, or prescription pain medications develop in some people? Is this evidence of a moral failure or a deep-seated biological drive run amok? We will address these questions and others related to the origins of substance abuse, as well as the novel therapeutic approaches being explored by the University of Minnesota’s Medical Discovery Team on Addiction. Led by Dr. Mark Thomas and funded by the Minnesota State Legislature, the team of more than 60 faculty engages in cross-disciplinary, collaborative, biomedical research in order to discover effective biology-based treatments for Substance Use Disorders. 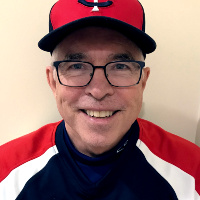 There are those who consider politics to be "the world’s most popular" spectator sport. Certainly, sports and politics have crossed paths many times throughout history. For example, US presidents have competed in sports and accomplished athletes have become politicians. Additionally, there are numerous examples of intersections between sports and sociopolitical issues and policies, including those related to gender, race/ethnicity, segregation, apartheid, antitrust litigation, and more.

To learn more about these courses and OLLI, visit the OLLI website.