It was spring, when many of us are busy with our yard, garden, or flower boxes, when Terri Schlegel-David read an article about Master Gardener and U of M instructor Julie Weisenhorn. Weisenhorn, like Schlegel-David, began her career in marketing and advertising but had always felt a pull towards horticulture.

“I had never thought of a career in horticulture,” Schlegel-David says, “but seeing the similarities in Julie’s story inspired me to explore options. A week later, I enrolled in the landscape design course that she was co-teaching.”

Soon after, Schlegel-David met with MPS in Horticulture Director of Graduate Studies, Dr. Mary Meyer. “After we chatted, I knew the program was right for me.”

She enrolled the next fall.

The Seed of an Idea

“By this point,” she says, “I was starting to think that my degree would indeed lead to a career change, but it wasn’t clear how. After a few weeks in this course, I knew the answer: growing and marketing fruit. Part of the coursework included putting together a fruit farm plan, and as I worked on that project I kept thinking: I want to do this for real!”

And Middlebrook Farm was born. 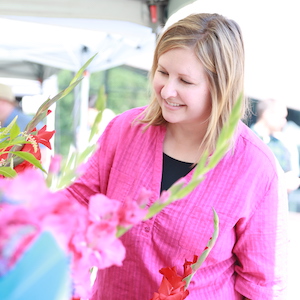 Schlegel-David and her husband, Andrew, (who are both also Inter-College Program alum) met the first week of their freshman year at Middlebrook Hall on the Twin Cities campus. Neither of them had any experience with farming, but they do share a “pioneering spirit” and a sincere appreciation of farmers and hard work.

She continued to take courses that supported her mission as an independent small farmer and made valuable connections along the way. With the guidance of the University’s kiwiberry experts Bob Guthrie and Seth Wannemuehler, Middlebrook Farm will soon grow their own kiwiberry vines.

“I’m so thankful for the network of talented U of M scientists, educators, and practitioners who I have a connection with now.”

Schlegel-David is the recipient of the Gordon & Margaret Bailey Foundation Scholarship. “I am a donor and I work with donors every day,” she says, “but suddenly I was on the other side of all that as a beneficiary. It was really wonderful to know that someone believed in me on this crazy path I was trying to pursue.”

“While I never really saw myself as a farmer before, I have always seen myself as an entrepreneur.”

Schlegel-David believes “this crazy path” was a great experience for her children, too, who were four and seven years old when she started what they called “Plant School.”

“It was especially meaningful to me to have them see me walk in cap and gown at commencement. They cheered, 'Go, Mama!' as I walked up on stage, and I hope they will always remember that special day.”

From Concept to Crop

This year marks the second summer at Middlebrook Farm. They sold more than 100 quarts of prepicked berries (“picked by the four of us at home!”) to friends, family, and coworkers. They kept several quarts for themselves and some went uneaten. But they learned a lot about how to manage that three-week picking season.

The Schlegel-David’s hope to expand the farm another 10−20 acres within the next year, with the goal of adding blueberries, pumpkins, and apples to their crops. Schlegel-David is still in marketing, serving as director of central stewardship services at the U of M Foundation. She wants to continue her full-time “town job” while she works on the farm in the summer.

“While I never really saw myself as a farmer before, I have always seen myself as an entrepreneur.” 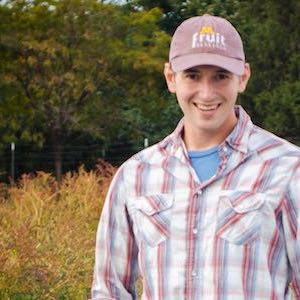 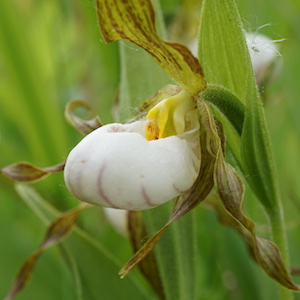 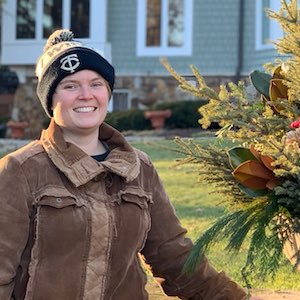