When it comes to commitments and responsibilities, Jordan DeRosa has a full plate. Having joined the National Guard when he was 17, he has a six-year contract to uphold. Meanwhile, he’s pursuing his degree at the U of M, discerning where his interests overlap with a professional pathway.

A common theme in both his experience serving in the National Guard and taking courses focusing on information technology is DeRosa’s genuine interest in helping others and serving his community. Declaring his major in Information Technology Infrastructure (ITI), he knows that he would like to one day work in a role that allows him to make technology-based solutions more accessible to others.

We sat down with DeRosa to learn more about how he balances school and the National Guard, and to hear what convinced him to choose ITI as his major.

First off, what motivated you to join the National Guard? 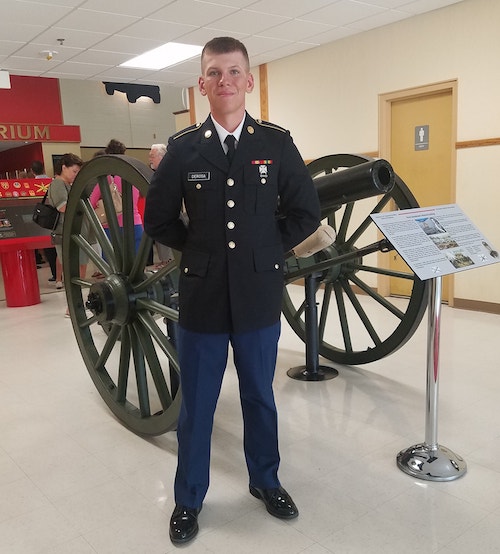 My family has a history in the military, and the National Guard is really big on helping in the community, which is what I liked a lot. It also has really good education benefits. I joined when I was 17, as a junior in high school. I did their split-ops program. This meant that I went to basic training the summer between my junior and senior year, then went to job training after I graduated. I’ve been with my current unit since September 2018.

Has it been challenging to juggle your commitment to the National Guard and school?

It’s actually been very doable. The National Guard prioritizes education. Right now I’m pursuing school full-time, but that could change depending on whether or not we are activated for a COVID response. It’s all up the air, but I could be activated at any time to mitigate the surge and increase testing capacity. As for my training schedule, I’m currently doing training one weekend a month, and two weeks in the summer.

We understand that you have always had an interest in technology. When did you first get interested in that?

Technology really piqued my interest when I was around 13 or 14. Eventually, I got more into programming just before I started at the U. The high school I went to didn’t have a programming course, and I’ve been thinking a lot about how schools could have more robust computer programs. How can we write a curriculum that doesn’t take too much away from the school but could teach the basics of computer programming? Things like how computer structures work, especially since programming now is probably going to become a common requirement for jobs because it’s some of the more basic languages. These are things I would’ve appreciated learning more about in high school.

So you’re interested in making technology more accessible through education?

A goal I have in my career is to make it so that people don’t look at technology as some object they don’t know how to use except for typing things into basic desktop applications, but instead are able to understand technology as representative of a whole, wide variety of uses. It only takes a little bit of understanding to get the full potential out of technology. And, yes, working in the education sector and increasing the value of technology there is appealing to me. 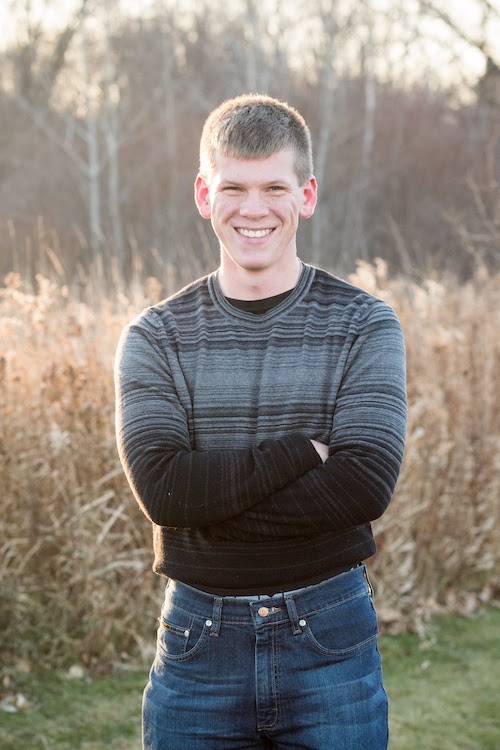 Tell us about the ITI program. What drew you to this major?

When I first came to the U, I was originally really interested in the computer science program. I was going to use that to work more toward the information technology field, rather than just programming. I was in CLA before transferring to CCAPS. During my freshman year, I attended the major/minor fair, and that’s how I learned about the ITI program. Through talking with Tony, who’s now my academic advisor, I learned a lot about the features of this program that will introduce more of what I want to do in the IT field, which is work more toward international IT department work and helping organizations on the inside improve their IT infrastructure and use technology to their best ability.

Do you know which track you’ll choose to focus on within the major?

I’m looking at the networking track because it concentrates on a mix of handling the hardware of the devices and understanding how the hardware goes together, and also understanding the right programs that allow for automation, ease of use in networking, and infrastructure. Especially since the internet and everything being in the cloud now has become so prominent. Networking is going to be one of the largest growing fields, in my opinion. Especially with COVID, it’s introducing how people can work from home and still be as productive as they would be in the office. So now you have to build up facilities that can take up the amount of use that these people are going to need on server infrastructure and improving internet stability between these areas as well.

What are some of the things you’re learning in the ITI degree program now?

The ITI degree is a mix of business and technology courses. I’ve been taking a lot of the business courses to start, so I’m learning about management right now—things like how I could structure departments using different organizational methods. I’m also learning how to communicate better, from a higher-level understanding to a lower-level understanding. When I’m talking about technology, I don’t want to sound like I’m speaking a foreign language. So, it’s been helpful to learn how I can simplify things so that I’m still getting my point across, but in a way so that people who aren’t as technology-inclined can still keep up with me. A course I took last semester taught me a lot about how to apply writing in technical terms, simplified so that anyone can understand it. That course taught me how to write instructions so that I’m still giving everything I’d need to as a subject matter expert while also making sure that the readers of whatever I’m sending still understand what I’m talking about without it looking like gibberish to them.

Where do you see yourself in a career one day?

I want to work in an internal IT department for an organization where it’s a lot of hands-on with actual hardware, determining software that can be used to improve the organization. But also be able to develop applications that the organization can use for itself. A lot of this is geared towards possibly working in the education sector and trying to increase the value of technology there. From previous experience in public education, I’ve noticed that IT and technology isn’t used to its fullest potential. Overall, I’d say that I’m looking forward to making a difference and applying what I’m learning.