It was late 2016, just two years after the launch of his My Brother’s Keeper Alliance, when then-President Barack Obama declared that he would be dedicated “for the rest of my life” to this mentorship program for young men of color. He would go on to say that ensuring young people are able to achieve their goals “is the single most important task that we have as a nation.”

Mentorship: It’s a formidable, time-honored challenge that has been practiced—organically and organizationally—for centuries. If you ask those who have been active in the College of Continuing and Professional Studies (CCAPS) Mentor Program, they’ll also tell you it’s: “Gratifying, Enlightening, Encouraging, Rewarding, Enriching, Invigorating, Humbling, Meaningful, Enjoyable, Fulfilling, Intentional, Supportive, and Valuable.” (And yes, those capital letters are intentional!)

Started in 2019, the CCAPS Mentor Program connects alumni and other industry professionals with students who have similar professional interests and educational goals. After a mentee/mentor match is made, the pair develop a formal mentorship agreement and timeline for the six-month mentorship period.

“The mentee/mentor relationship is what you make of it,” says former mentee Najma Abdullahi, who graduated with a Bachelor of Applied Science in Health Services Management this year and was mentored by alumna Sundus Mohamed who received the same degree in 2019. “It really is up to you and your mentor to make the best relationship possible for both of you, and hopefully a lifelong connection.”

Here, in their own words, a few recent mentors and mentees, share their thoughts about the experience. 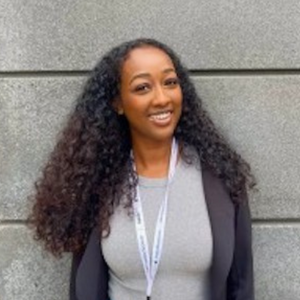 Muna Ali is pursuing a Bachelor of Applied Science in Health Services Management. Her mentor is Bridgette Grobe '18.

What led to your interest in becoming a CCAPS mentee?
I wanted the opportunity to receive some guidance from someone who has been in my shoes before and has experience working in a field that I am interested in.

What did you hope to achieve by participating in the program? Were you successful in meeting this achievement?
I hoped to improve my networking skills and make a strong connection with someone I can learn from and vice versa. …My mentor and I have developed a strong relationship and she has helped me tremendously to navigate my undergrad experience along with my internship experience, which I am very grateful for.

What is something valuable you learned that you plan to pass along to others?
A piece of advice my mentor has given me that I will always keep with me is that I should go after any and every opportunity, even if I feel like I am not "qualified," because oftentimes we underestimate ourselves and may miss out on great opportunities because of that. 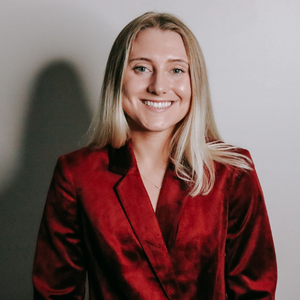 Bridgette Grobe earned a degree in Health Services Management (HSM), a Management minor, and an Applied Business Certificate in 2018. She is now part of UnitedHealthcare's corporate strategy and business development team and chair of the CCAPS HSM Alumni Network committee. Her mentee, Muna Ali, is pursuing an HSM degree.

What led to your interest in becoming a CCAPS mentor?
I personally enjoy building connections with others and being a mentor allowed me to do just that. I also found it to be an enriching experience as I saw my mentees grow and meet their academic and professional goals. It was fun to be a part of that journey with them.

What did you hope to achieve by participating in the program? Were you successful in meeting this achievement?
I personally have benefited from having wonderful leaders and mentors that have and continue to help me grow as a professional. I wouldn't be where I am today without them and want to be able to pay that forward and help someone else. Being a mentor allowed me to offer support where I could. In addition, I was able to learn from my mentees as they have worked in different areas of the health care system than me. Together, we made each other better.

What has surprised you or was unexpected about the CCAPS Mentor Program experience?
They make my life simple and always provide me resources so that I can be the best mentor that I can be. I appreciate all that they do as I know there is a ton of work that goes into this program.

What advice or recommendations do you have for a person who is considering becoming a CCAPS Mentor?
My advice: you know way more than you think you do and as a mentor you will make a big impact in someone else's life. Having the opportunity to do that is gratifying and an enriching experience. In addition, your mentee will likely teach you something as well. 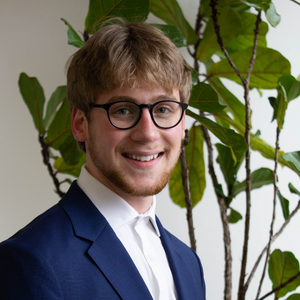 What led to your interest in becoming a CCAPS mentee?
I became interested in the mentorship program after being tipped off by the director of my degree program. Upon further investigation, this program seemed like an excellent opportunity to learn about a career in facilities management. I have learned a lot about construction and facilities management in my college classes, but I wanted to learn from a community of people who have industry experience outside of the classroom.

What is something valuable you learned that you plan to pass along to others?
I learned that regardless of the path you take in life you should frequently revisit the thought of who you want to be remembered for in your community and take action to support that vision.

What advice or recommendations do you have for a student who is considering being a part of the CCAPS Mentor Program?
What are you waiting for? Go for it! Regardless of your major, this program is an excellent opportunity to create a stronger foundation for your professional career. Taking part in a mentorship is more than just taking advice on your major and industry. A mentorship creates space to explore your work ethic, values, and life goals. I don’t know anyone who would say they don’t have time to receive valuable advice and encouragement. 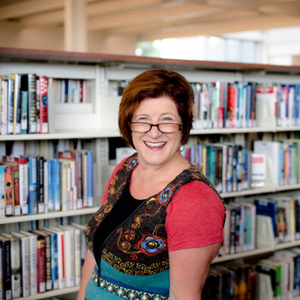 What led to your interest in becoming a CCAPS mentor?
An opportunity to give back while also staying connected to young people early in their career. Helps me keep a pulse on the future workforce.

What is something valuable you learned that you plan to pass along to others?
How asking my mentee good questions is as valuable as giving advice (probably more).

What advice or recommendations do you have for a person who is considering becoming a CCAPS Mentor?
Be sure to understand why you're doing it in the first place. If your ownership for the outcome or success of the program is too dependent on what you know that you can "tell" them, this might not be for you. It is important to support mentees in finding their own path with the support of your experience, networks, and knowledge in areas they would find helpful. 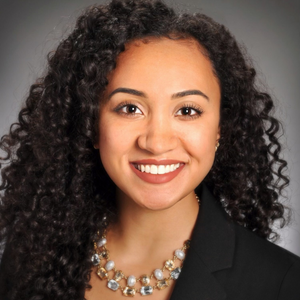 Marianna Valadez, MHA, Cornell University, received her BS from the College of Education and Human Development in 2018 and is currently pursuing a Doctor of Business Administration at Concordia University Chicago.

What led to your interest in becoming a CCAPS mentor?
Mentors have changed my life in different ways and supported my professional and personal growth. I was hoping I could do the same for someone.

What did you hope to achieve by participating in the program? Were you successful in meeting this achievement?
I hoped to help [my mentee] become aware of the various career pathways in Health Administration. I hoped to build a genuine connection with her, letting her know she can reach out to me for help at any point in her career. I feel I was successful in this.

What advice or recommendations do you have for a person who is considering becoming a CCAPS Mentor?
Communication is key. It's important to listen and learn about mentees as an individual. Supporting your mentee professionally is only part of the picture. The benefits of being a mentor are the good feeling you get passing knowledge to the next "generation" of leaders. You can also potentially change the trajectory of someone's life, which is humbling to say the least.

Interested in becoming a Mentor? A Mentee? You can get all of the details on the CCAPS Mentor Program website.