From Minnesota to the Ends of the Earth

Tasha Van Zandt was at a crossroads. She was in her sophomore year at the University of Minnesota and unsure of the direction she wanted to take her education. She was searching for a way to use her photography and film experience to tell stories that would have a positive impact in the world when she met with an advisor in the Inter-College Program (ICP) program.

“I was looking at the intersection of art, holistic health, and whole systems healing, and how to use art as a tool for change,” says Van Zandt, now a documentary filmmaker and photographer. “Amy [Burger Sanchez] was incredible, really a pivotal person in my journey. Meeting with her really opened up and expanded the ways that I could approach the rest of my education and design a major in a way that suited the path that I wanted to follow.”

"In ICP, I was able to design my major and program in a way that fit the path I was moving toward."

That was seven years ago. Van Zandt graduated in 2014 and has since traveled to all seven continents, using her lens “as a tool to build cultural bridges that lead to greater global understanding,” as she describes her mission on her website. Her award-winning work has taken her to the most fascinating locales—the sun-soaked savannas of Africa, the vibrant streets of Cuba, and the sapphire oceans around Australia, to name a few—to capture stories of communities and ecosystems in flux. She recently completed her first feature-length documentary, After Antarctica, which led her to the north and south poles, chronicling the life of renowned polar explorer and climate activist Will Steger. 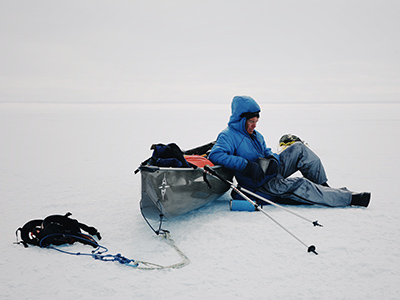 “I grew up in Minnesota and, growing up there, he was such a hometown hero, and such a local legend,” says Van Zandt, who first met Steger while documenting projects for the Steger Center and Climate Generation. “I was very inspired by the way he used his expeditions as a tool for policy change and for bringing awareness to our most remote regions. I knew instantly when we met that my path had led me to share his life’s story.”

After Antarctica, Van Zandt’s first feature-length film, is “a journey across both poles,” recounts Van Zandt. “It follows Will Steger’s life now, at age 75, heading out on an incredible solo expedition across the Arctic as well as looking back on his 1989–1990 Trans-Antarctic expedition, which was one of the most pivotal expeditions of his life, in his own words. He’s done so many firsts in the field of polar exploration, from the North Pole to Greenland to the Arctic Ocean. But the Trans-Antarctica expedition was where he saw the greatest changes.”

“One of the biggest challenges and surprises was how much work went into preparation.” Van Zandt says about how the two-person film crew—Van Zandt and cinematographer and producer Sebastian Zeck—prepped to work in the most remote locations on the planet. “Sebastian and I spent months scouring over every little detail, the nuts and bolts of every piece of equipment to make sure we were covered. But we also were in really fantastic hands, being able to travel with Will. He’s such an expert. He did all the hard work and we were just able to follow and drop in when we were able to.” 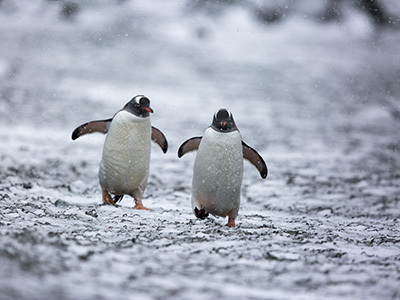 The film has been screening at film festivals across the country this year, including the Minneapolis International Film Festival, where it was the closing night film and, so far, has garnered top honors at the San Francisco Film Festival and the Mountainfilm festival. Van Zandt says her road is paved on the foundation of the ICP program.

“In ICP, I was able to design my major and program in a way that fit the path I was moving toward. Prior to that, in my education, I had been trying to find where I belong. Through this program I was able to look at what my passions were, what kind of stories I wanted to tell, what kind of education I wanted to home in on to pursue that path—and this program allowed me to do that. I was able to look at that intersection of art and healing in a way that really suited my career goals. That’s what I’ve done since then, really looking at how I can use art, photography and filmmaking as tools for change and as a tool for healing in communities.”