A Project Manager on the Rise

For Dalicia Davis, graduating from the University of Minnesota completes a circle that began when she was a kid, when she and her brother were youth gardeners. This past fall, she earned her Inter-College Program (ICP) bachelor’s degree, with a concentration in Applied Business and Communication Studies.

Dalicia is also a full-time Program/Project Specialist for the University's Extension Master Gardener Program and the Landscape Arboretum, where she manages community and volunteer projects.

Prior to coming back to the U, she worked for several years at US Bank as an account processor, which is where she developed her interest in business and project management.

While Dalicia’s current job focuses on community engagement and outreach, she knows that the skills gained through her ICP coursework will translate to any industry or company.

She put those principles to practice when completing the degree itself, using a methodical, systemic approach, mixed in with a lot of grit and hard work.

During her first year, she took two classes in the fall, two in the spring, and three in the summer. Her second year, she took three classes, then three, and then four. She had already earned some college credits that were transferable to the U and was able to finish her degree in just two years (yay, class of fall 2020!). However, it took focus and a lot of late nights.

“I’m still a little shocked and relieved that I'm done for now,” she says. While she is savoring the moment for now, she is not completely against returning to the classroom someday.

“Once I got to the end, I was like, maybe I can do grad school… but not for a few more years.”

Why the ICP Major Was Such a Great Fit

Shortly after Dalicia heard about the ICP degree, she met with one of the College’s advisors, Karolyn Redoute. (Karen Moon became her advisor after Karolyn retired.)

“When I met with Karolyn in the one-on-one, which is part of the admissions process, she laid out everything…  We talked about my career goals, what I'm currently doing for my professional work, and then it kind of really just aligned."

"This program and its offerings aligned with what I was currently doing and what I was hoping to venture into after graduation.”

Dalicia, with corporate experience already under her belt, knew what she wanted to study, and the ICP program provided an inroads to an array of courses across the University.

“I think the main thing about ICP is the ability to choose your major coursework, just having the option to build a program rather than going into something where you take the coursework already established.

“Talking through your career goals and personal experience, and how those all tie together, that’s definitely a great thing,” she notes. “Advisors help you through every step of the way.”

A Lesson in Adapting... and Succeeding 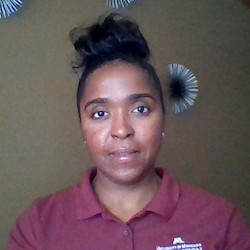 The COVID-19 pandemic forced Dalicia to work from home and her son to begin distance learning. While those changes presented their own challenges, the time at home did allow her to finish her last few semesters without commuting and worrying about daycare.

Prior to the pandemic, she admits, it was tough. “It was really just like a juggling act, and I honestly don't even know how I made it through... I have a few extra gray hairs.”

Dalicia credits her support team—her mom, grandmother, and siblings—for being so helpful over the last few years. She also had a work arrangement where if she had a big project due or had to work with a group, her supervisor and team would accommodate her.

“That was a tremendous help through my school process.”

“In the past two years I had plenty of days where I just wanted to give up... but I just kept pushing through, and I can't believe the time went by as fast as it did. And now I’m done and graduated!”

A road map for success, in Dalicia’s own words: 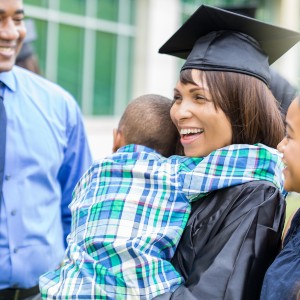 5 Winning Tips for Finishing Your Degree as an Adult Learner 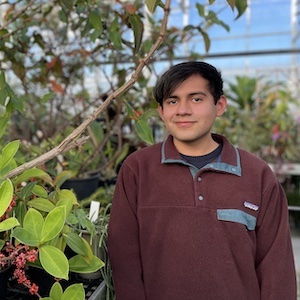 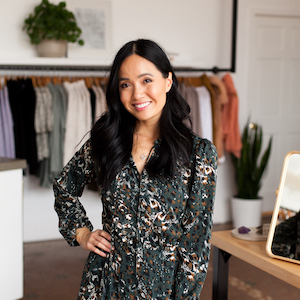