The Value of an Internship

The $92.5 million renovation of the U of M’s 230,000 SF Tate Science and Teaching building on the East Bank of the Minneapolis campus demanded a lot of labor, with each individual laborer and project manager following specific marching orders. One of those individuals was Michael Obungen, who completed a summer internship with Parsons Electric, a subcontractor for the massive project.

Obungen discovered the internship opportunity in the spring of 2017 and applied for it. In May he found himself onsite at the Tate building outfitted with a neon vest, hard hat, and safety glasses. As a senior completing his major in Construction Management (CMGT) with a focus on commercial construction, his role as an intern was to put his classroom knowledge to work on a real commercial project. This meant applying a lot of the project management skills he had been absorbing over the past few semesters. The internship is a course requirement for CMGT students, and Obungen will be presenting a case study from his observations as an intern at the end of the summer. 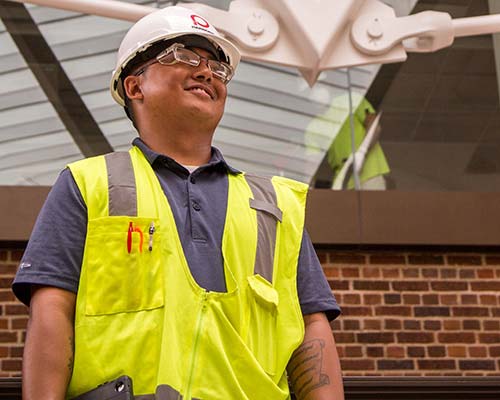 “I found it amazing how all the stuff that we learned in the program was useful in the internship,” Obungen says. “So far, I’ve been helping with the close-out, talking to vendors, getting quotes, and working my way down a punch list of to-do items as we finish up the electrical side. In any construction project, electricians are usually the first to arrive and the last to leave.”

The Tate building renovation work began in September of 2015, so when Obungen came aboard in the summer of 2017, the project was nearing completion. Much of what needed doing was a detailed review of all electrical facets, making sure every “i” was dotted and “t” was crossed. This is what Obungen refers to as the close-out. On any typical day, he could be found carrying an iPad with him around the site, continuously logging into the BIM 360 software app, which shows the nitty gritty, detailed to-do list for Parsons Electric as well as other subcontractors on the site. The primary contractor for the Tate renovation, J.E. Dunn, has access to this information, too. The BIM (Building Information Modeling) was an important communication tool for this multimillion dollar job with infinite moving parts.

“I found it amazing how all the stuff that we learned in the program was useful in the internship."

“I’m assisting a project manager and a senior project manager for my internship,” Obungen says. “Every week, we meet with the general contractor and other subcontractors and coordinate our work. We’ve been very busy, trying to get this project wrapped up before the fall.”

And so, Monday through Friday, from 7 a.m. until 5 p.m., Obungen practices two of the most important aspects of being a manager on a construction site: communication and planning. He spends the majority of his time on the Tate building, but also has been on the Saint Paul campus, working on the U’s new veterinary isolation building. 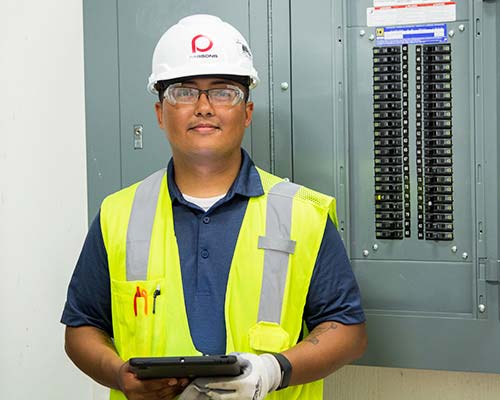 His work on the electrical side of things has been familiar to him, as Obungen’s father works as an electrician in Seattle. Father and son worked together on some projects before Obungen joined the army. After his service, he moved to Minnesota and enrolled in the U of M’s construction management program. When he graduates, his goal is to become a project engineer, then climb the ladder to become a project manager. It is also an ambition of his to become LEED certified so that he can help create sustainable structures in the built environment.

“Being LEED certified adds credibility to your resume and shows that you want to build a sustainable world. Coming from Washington, I grew to appreciate the environment, so that sustainability piece is part of me.”

With the applied skills he’s learning in the classroom and the real-world experience he’s gained through his internship, Obungen will be ready to start a successful career in commercial construction. 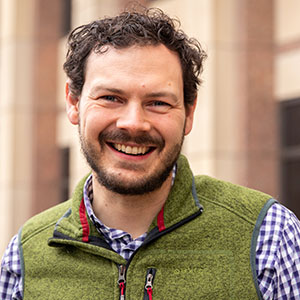 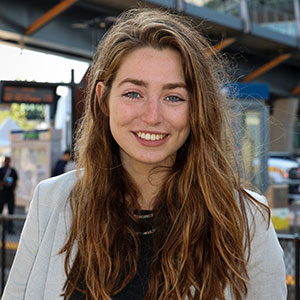 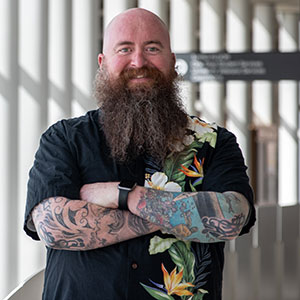