Last February, Nancy Garland made the decision to announce her retirement as SIG (Special Interest Group) Coordinator of OLLI—“a retirement from retirement” she calls it, due to all the activities and friendships she’s become engaged with in 15 years of membership. 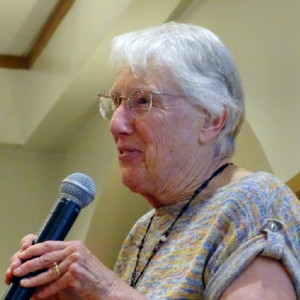 Nancy had been managing her husband’s medical practice since 1982. Jack was a solo endocrinologist in West Palm Beach, and Nancy’s organizational skills kept everything running smoothly. When they retired in 2005, they thought about where they should live next: they grew up in Pittsburgh, lived in Baltimore and St. Louis at the start of their marriage followed by a dozen years in Chicago. Living in a city with strong, diverse cultural offerings was their shared value. Having a son and family in St. Louis Park influenced their decision to ultimately relocate to Northeast Minneapolis. And though some of their friends saw moving from a balmy climate to the frozen north as a backward move, she says, “our move here has been one of the best decisions of our lives.”

Once they were out of Florida, however, they had to start up a new social network in Minnesota. “Jack joined OLLI in 2005 a year or so before I did,” Nancy says. While she was helping take care of her grandchildren, she was impressed with the variety and quality of courses he was taking, so she was compelled to sign up as well. “I was attracted to participating in the SIGs as I was eager to meet OLLI members outside of classes and make new friends.” She joined the Knitting SIG not long before its leader wanted to step down, so Nancy ended up taking over that position: “I found I enjoyed being the one to keep the group together and facilitate their getting to know each other better.”

As a part of leadership, she attended the annual SIG Leader thank-you picnic in 2008 and happened to find herself in conversation with Florence Ostrom, who was then taking over the role of SIG Coordinator. Nancy’s reflex for organization kicked in: “Without even thinking, I offered to help her,” she says, and she served as an assistant until Florence wanted to explore traveling more often. “Before I knew it, I became the SIG Coordinator,” a position Nancy has held for over a decade.

And in that time, she has seen many changes to OLLI, naturally: younger people were joining, OLLI rapidly grew in size, and classes were meeting and SIGs were forming all over the Twin Cities. Throughout, Nancy served as a constant and steadying force within: “one of the reasons that I have wanted to continue on as the SIG Leader was to try to be a constant for the SIG part of OLLI as the organization was changing.” Here, she called upon a lifetime of organizational and people skills to hold the SIGs together as they developed and to foster the friendships and relationships of OLLI’s membership. “I’ve made very special friends with OLLI members and the staff, too. …The experience of being the Coordinator has been a very important part of my life.” 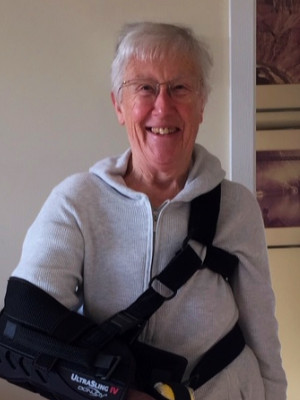 Eventually came the time when Nancy decided to step down as SIG Coordinator. This had nothing to do with her breaking her arm last New Year’s Eve—it wasn’t the slippery northern ice that got her, either, but rushing to serve ice cream! Rather, after turning 80 in 2019, “I felt, for a number of reasons, that I needed to have fewer commitments and responsibilities. I could just tell that I needed to simplify my life, and Jan Brunell, a dear friend and very capable people-person offered to take over when I was ready.” Nancy has been working on the transition with the OLLI team, once again supporting the group of which she is so proud, but as for what comes next in her story: “Nothing ‘next’ other than just enjoying each day fully, traveling to be with younger family, OLLI courses, reading ("so many books and so little time"), concerts, theater both in-person and likely continuing even more virtually as we get older and it is not as easy to get out.” The lockdown requirements of the pandemic have made necessary the construction of an online format advantageous to seniors, as she sees it. “SIGs are doing well and continue to innovate with how they can use Zoom.” 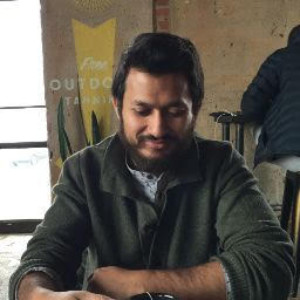 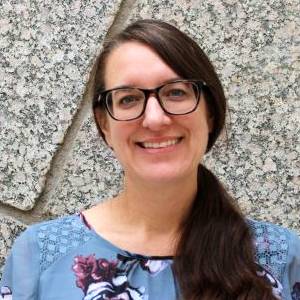 From the Lab to the Classroom