Ever since Paul Martin was a kid growing up in Elk River, MN, he was driven to spend time outside playing sports. In the winters, from the age of 5, he’d pull on his gear and run to the pond in his backyard. There, he and the other “rink rats,” as the locals called them, would push a hockey puck around the ice. They’d pretend to be Joel Otto, an Elk River native turned NHL pro, or Mike Modano, an American hockey star and Hockey Hall of Fame inductee. Later, Paul would join his family inside to cheer on the Minnesota Gophers team, flashing across the TV screen. As die-hard Gopher fans, the whole family wore maroon and gold, many of them alumni. 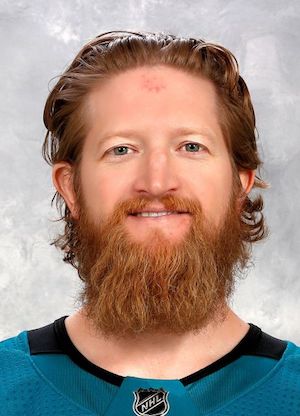 Those formative years led to Paul’s natural athletic ability becoming strengthened. He was a seasonal athlete: baseball in the spring, football in the fall, and hockey in the winter. It was in hockey that his talents really shone. Paul received a scholarship to play for the men’s hockey team at the U of M, and that was the beginning of a long career playing the sport.

“I was excited to come to a place I've been cheering for my whole life,” Paul says.

The priority for Paul while he was at the U was hockey. He spent a couple of hours everyday practicing, squeezing in studies in general courses in between. The hard work on the ice paid off. The Gophers won back-to-back national championships, and that recognition helped Paul get noticed by the big leagues. In 2000, after his junior year of college, he was recruited to play in the NHL.

A Career on the Ice

Playing defenseman, Paul was drafted for the New Jersey Devils, later joining the Pittsburgh Penguins, followed by the San Jose Sharks. He was in the professional circuit, and that meant lots of travel, lots of practice and games, and even multiple opportunities to represent the United States in the Winter Olympics.

“After so much hard work and persistence, I was named to go to the Olympics in Sochi in 2014,” Paul recalls. “I flew my family over and it was a great experience and quite an honor to represent our country. And I was so fortunate to be able to have my family there, too.”

That was definitely one of the milestones in Paul’s hockey career. He played for the NHL for 14 years, and at the age of 37, he turned in his skates and retired from the game.

At that point, he asked himself some hard questions, like: Who am I if I’m not a professional hockey player? His search for purpose and transition ultimately led him back to the U of M to finish his bachelor’s degree.

Finishing What He Started

Paul learned many important lessons while playing hockey. He learned about teamwork, leadership, integrity, grit, and hard work. In 2019, he turned his attention back to the U of M, where he hoped to continue his education, finishing the bachelor’s degree he’d started 16 years before. Through the Multidisciplinary Studies program, he was able to seamlessly transfer his previously earned credits and design an individualized degree that would enable him to accomplish his goals, which had certainly changed since the last time he’d sat in a classroom.

“I took it course by course, easing back into school,” Paul says. “In the spring of 2019, I took the Intro to Multidisciplinary Studies with Lisa Garrett, who was great at providing me direction and helping me to articulate my plan for the degree in the form of a proposal.”

“It’s been really rewarding to get to this point. My perspective is different now. I’m so thankful to all the people that have helped me get to this point. I definitely will cherish this degree. It's more than just a piece of paper to me.”

With his areas of focus falling into history, leadership studies, and communications, Paul was on his way to finishing the degree. He’s on track to graduate in the spring of 2022. Once he meets this academic milestone, he plans to put more time and energy into coaching hockey and growing the nonprofit organization he started back in 2014, Shine A Ligh7 (the 7 is a reference to Paul’s jersey number). The organization distributes funds to raise awareness and reduce the stigma attached to mental health by empowering youth to share their stories and let their soul shine. Shine A Ligh7 is a champion for youth mental health education and awareness throughout Minnesota. 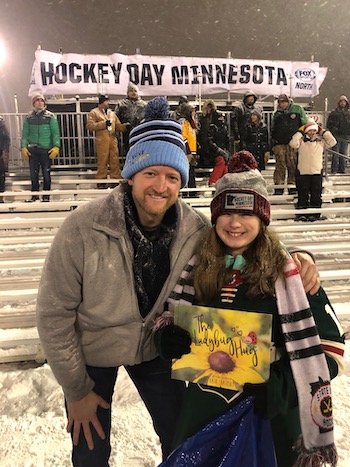 “Some of my close friends, family members, myself, and my teammates  in the National Hockey League deal with depression and have struggled to maintain their mental health,” Paul says, reflecting on his motivation for starting Shine A Ligh7. “And at that time there weren't a lot of resources out there. Now we see how important mental health and healing are. And so that was my ambition with Shine A Ligh7, to raise awareness.”

When he’s not studying or doing development work for Shine A Ligh7, Paul can be found helping to coach the Gophers hockey team, passing on valuable tips and advice gleaned during his NHL career. He looks forward to the day he’ll graduate from the esteemed institution he looked up to and admired since he was just a kid.

“It’s been really rewarding to get to this point,” he says. “My perspective is different now. I’m so thankful to all the people that have helped me get to this point. I definitely will cherish this degree. It's more than just a piece of paper to me.”