Just like the college name implies, one aspect of the mission of the College of Continuing and Professional Studies (CCAPS) is to meet marketplace needs with talented professionals. So when the College recognized a gap in tech industry labor, it launched an ambitious project: the Full Stack Web Development Certificate, a boot camp-style program that conveys a broad range of coding skills to participants.

The boot camp has been wildly popular with job seekers and employers alike. For Josh Hedstrom, completing the program was “the number-one factor” in moving from a supervisory position in property maintenance to a career in the technology sector. For Chuck Hisamoto, a senior research scientist who also recruits candidates at a research development firm, it’s a training ground for future employees of the company.

After five years working in property maintenance, Josh Hedstrom was having back troubles and realized he couldn’t continue in the physically demanding field. He was looking for a better-paying career and “wanted to continue to be able to play with [his] daughter,” he says.

Completing the U of M Coding Boot Camp “opened up a world of opportunities locally and globally,” says Hedstrom, who is now a developer at a custom software manufacturer in New Mexico, where he and his family moved to be closer to relatives. He said that he had explored other boot camps but found CCAPS’s program offered a broader curriculum. “Interviewers have really valued the boot camp certificate. And having the University of Minnesota name attached lent some weight to it, too.”

Hedstrom says the 24-week course was intense. “It was six months of grueling, tough work, like drinking from a fire hose.” He says those who did best in the course did so because they put in the hours at the computer, which often meant an additional 10−15 hours of homework each week. It was also rewarding, says Hedstrom. “The program taught us how to think and how to solve problems” as well as how to develop apps, he says. “I’ve encouraged everyone I know to take a boot camp.”

Chuck Hisamoto also appreciates the boot camp format. Hisamoto, a graduate of the U of M Department of Aerospace Engineering and Mechanics, says he had never heard of a boot camp before being referred to the CCAPS program when his employer, ASTER Labs, needed new developers. The Minnesota company develops innovative systems, including web and mobile apps, for the likes of NASA and other governmental and private organizations.

“I like the boot camp approach because it’s so laser-focused,” says Hisamoto, whose team now includes two of the program’s graduates. “The individuals we hired are able to dive into a project noticeably quickly, and their blend of technical skills and implementation experience really complements our engineering team. We’re finding that our recent hires grasp the context quickly and are able to get a lot of things done—and done well.”

Hisamoto was so impressed with the quality of the program and the competence of boot camp graduates that he now sits on the program’s advisory board. “There’s a lot to like about the coding boot camp, and CCAPS in general, and our company is fortunate to benefit from this talent pool going forward,” he says. 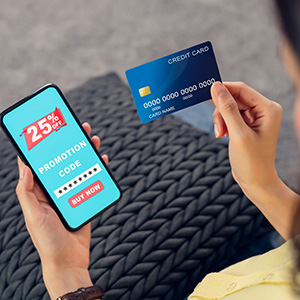 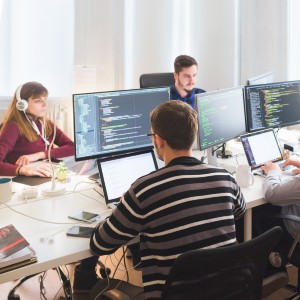