For nine years, Barb Yungers stared hard at a graduation tassel that hung on the bulletin board by her desk at work. Functioning as a kind of dangling carrot, the tassel was a reminder that graduation was possible, that she could finish her degree. Now she’s done just that.

“When it seemed like I would be in class forever, or if I wanted to quit, I would look at the tassel and think how proud my late parents would’ve been to see me graduate,” says Yungers, who started attending classes part-time at the U in 2007. “The tassel was a reminder that all the work would be worth it.”

Now that Yungers has graduated with her BS from CCAPS’s Multidisciplinary Studies (MdS) program, she can attest that the work has indeed paid off, and she can retire the tassel from its hook by her desk.

A nontraditional student with a 1981 Associate in Arts degree and years of professional administrative work experience, Yungers had wanted to earn her BS for what felt like a lifetime. It seemed that one curveball or another over the years forced her to delay her dream. From losing a parent or stepparent to coping with her own medical issues, Yungers navigated the challenges that demand time, energy, and emotional investment. These left little room for college. 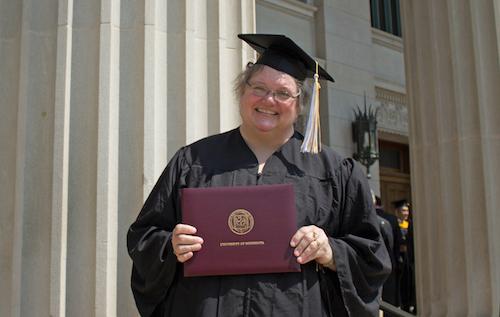 It wasn’t until her boss at the U of M Office of the Registrar, where Yungers has worked since 1986, encouraged her to complete her degree that she found herself an informational session on the MdS program at CCAPS. She later found herself in the U of M bookstore buying her motivational tassel. It certainly took motivation, Yungers admits.

“Going back to school and being in classes with kids that could be my children was quite an adjustment,” she says. “Trying to balance working full time, going to school part time, and having a relationship with my husband, plus some sort of social life, was hard.”

But little by little, Yungers completed the requirements for her individualized MdS degree, whose premise she describes as a study on the effects of art, holistic health, and family cultures and dynamics on chronic disease management and healing. 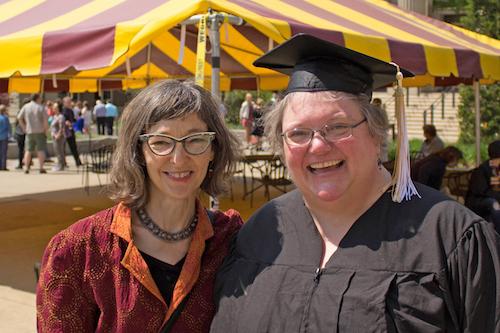 “I met with my adviser to come up with Plan B, C, and D for creating my degree,” Yungers says. “Now, when I describe the breadth of what I’m studying to people, they’re really impressed. It takes perseverance to complete the MdS degree, but it’s been so worth it.”

Through the courses she took at the Center for Spirituality and Healing, Yungers discovered the alternative healing technique of Reiki. She was so moved by the coursework that she began practicing Reiki regularly, ultimately healing herself of shoulder pain. Learning about Reiki has inspired Yungers to go on to earn a graduate level certificate in integrative therapies and healing practices.

“My future plans involve Reiki,” Yungers says. “I already offer treatments to a few friends, and I plan on starting my own business after I retire from the University. I’ll provide treatments from my home.”

Yungers’ achievement and ambitious goals for moving forward with holistic health and therapy just go to show you never know where a little motivation (and a tiny graduation tassel) can take you. 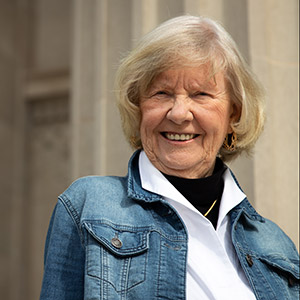 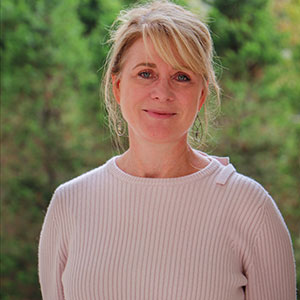 The Synergy Between Work and School