A Degree Makes a Difference

Finding his way to his passion and finishing his degree

“I’ve had a weird path,” says Brian Bangerter. “And over the years I’ve had a knack for falling into careers that I have no background in.”

That weird path has made life interesting, to say the least. And now Brian is tying divergent threads together through a self-designed degree that will support a career he loves. Everything has come full circle through the Multidisciplinary Studies program.

But before we can talk about the degree Brian’s graduating with today, we have to go back 17 years.

Brian started his academic career at the U of M right out of high school, but the timing wasn’t right. With the exception of his philosophy classes, which fed his analytic mind, he didn’t have the drive to dedicate himself to any one area of study. So he dropped out and got an entry-level job at a major bank. Hard work and some luck allowed him to start climbing the ladder up to the role of risk analyst.

“I grew up a creative person. I was a painter. So when I was 26 and reaching the peak of my risk analyst career, there was part of me that was saying, ‘This is not what you were supposed to do'."

Trading his backpack for a suit and tie, Brian’s day-to-day life was filled with spreadsheets, boardrooms, and meetings with executives. Eight years went by in a blink, and Brian began to seriously question what he was doing with his life.

“I grew up a creative person. I was a painter. So when I was 26 and reaching the peak of my risk analyst career, there was part of me that was saying, ‘This is not what you were supposed to do’,” Brian says.

He left the bank and transitioned to a job at the U of M’s Law School. There, he worked in the library and flirted with the idea of pursuing a career in law. He stayed on for three years before that plan lost momentum, too. 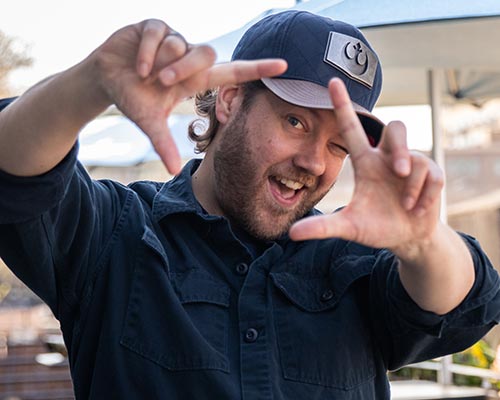 “At that time a friend of mine started a film and TV company, and was able to sell a TV show to the History Channel,” Brian says. “My friend took me out for dinner and asked if I’d work for him. He knew I was a good writer and a good researcher. I took the job.”

With that new role working in TV, Brian felt the “click” he’d been searching for. He loved storytelling through script writing, the research that gave show concepts the depth needed to manifest on the screen, the people skills required to direct production in the field. It was the creative outlet he’d craved for so long.

And still, there was one nagging question: What about his degree?

Finishing What He Started

As the years went by, Brian kept revisiting the thought of returning to school to finish the degree he’d started. When he found out about the Multidisciplinary Studies (MdS) degree program through a friend, he knew it was the answer to that nagging question of how he’d get his degree done.

“I met with my advisor and laid out everything,” Brian says. “I realized I’d be able to transfer all the credits I’d earned and finish the degree on my own terms in a way that was beneficial to me.” 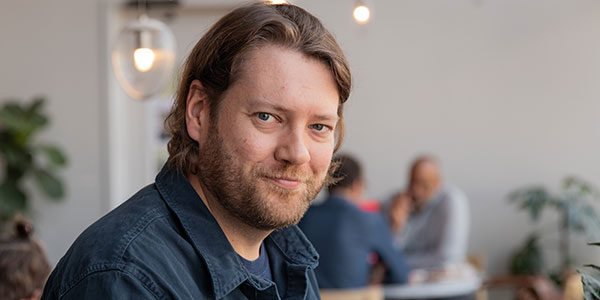 This time, going back to school captivated Brian. He had perspective on the world, and he’d chosen a career path. Now courses that could support that path held great appeal. Wanting to branch out on his own as an independent contractor in the world of film, TV, and documentary, he opted for coursework that would give him the tools necessary to be successful. He enrolled in film studies classes and polished up his journalism skills.

His individualized degree began to take shape with three areas of focus: arts and humanities (which held his philosophy courses he had taken previously), communication studies (containing journalism and media coursework), and applied technical and professional (which included courses in design and digital video). On top of that, Brian pursued a dual minor in both philosophy, and cinema and media culture.

“I was already working in the film and TV industry, so being able to spackle those areas of study into my degree, setting my foundation, has been great,” Brian says. “I have a stronger resume now.”

The Meaning of a Degree

While Brian’s path hasn’t been a straight line, all of the choices he made led him to a career that resonates with him and a degree that supports it.

“Film is a culmination of everything for me. It takes little pieces of everything that I’m good at,” Brian says. “And the MdS degree is kind of a microcosm of who I am, really. All of this disparate parts that fit together.”

“This degree means a lot. It’s something that I’ve been chasing on and off for almost two decades."

He gives a lot of credit to his advisor Karolyn Redoute for showing him how his degree could be made relevant, guiding him toward graduation, cluing him in to opportunities along the way, and challenging him to push himself further. He graduates this spring with a degree he can use, in a field he feels fulfillment in. Brian plans to either be a contractor for studios or TV networks, or he’ll create content on his own and sell it. Either way, he will be the primary writer, director, and executive producer for the work. It’s an exciting path, one that he feels prepared for.

“This degree means a lot. It’s something that I’ve been chasing on and off for almost two decades,” Brian says. “I’ve gone through periods where it didn’t mean much to me and periods where it meant a lot to me. Just riding that roller coaster for as long as I have and now actually finishing something tangible that genuinely reflects who I am—it means the world to me.”