Mary DaSilva owes her success as the manager of Interpreter Services at Hennepin Healthcare to her own smarts and determination, along with tools she gained in the Health Services Management Bachelor’s Degree program

Mary DaSilva was married with children when she went back to college at 21. She had been studying to be a paralegal a few years prior but dropped out to take care of her young family; she was ready to pursue a career again. One of her past professors suggested she become an interpreter because, having immigrated from Peru to the United States when she was nine, she is bilingual, with Spanish being her native language.

DaSilva explains that an interpreter renders a message orally from one language to another, as opposed to translating, which is in written form. “Health care interpreters go anywhere the patient goes—to radiology, the emergency room, the labor room, surgery—to facilitate communication between the patient and the practitioner,” she says. “But they are not just there to relay the message from one language to another. They are also there to provide cultural context. For example, we know there are 20 different Spanish-speaking countries. But the Spanish language varies around the world. So, as interpreters, we really need to understand the regional colloquialisms, the specific words people use in a particular community.”

Striving to Be a Better Leader

After investigating some area programs, DaSilva enrolled in one that the University of Minnesota offered at the time and became a Certified Healthcare Interpreter in 2008. She thrived in her new role, first at Fairview Health Services and then at Children’s Minnesota, where she became the lead interpreter and then a supervisor after a year. 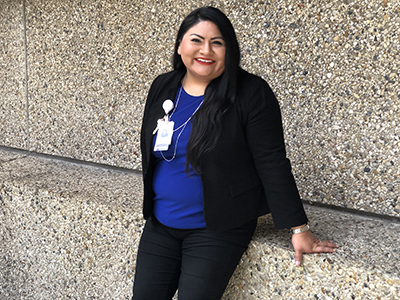 “I'd had no training as a supervisor, but I really loved it,” she recalls. “But it became obvious that, if I wanted to grow in this position and become a better leader, I was going to need to get my bachelor’s. At the time, I just had some college credits and my certificate. I looked around and found out that the U of M had this HSM program and made an appointment with one of the counselors. From there, it just took off.”

DaSilva started the Health Services Management (HSM) program in 2017, taking one course per semester, while working full-time and raising two young boys. As her kids became more independent, she worked her way up to three courses per semester, and she’s now set to graduate with her bachelor’s degree in May 2022.

Becoming the First Latina Leader in Her Department

Along the way, DaSilva became one of three language services supervisors for Hennepin Healthcare and recently took over as manager; she is the first Latina leader in the department's history. She oversees daily operations of the hospital and clinics, including staffing 82 interpreters who speak 18 languages between them. She came to the position as a result of one of her HSM course assignments.

“In the careers class [Career & Internship Skills in Health Services Management] they teach you how to build your resume and write a great cover letter. Part of the assignment was to take those to career services and have somebody review and revise them,” says DaSilva. “To be honest, English is my second language and sometimes I don’t get it right, so that was really helpful.

“For another course, we were supposed to put our resume and cover letter on Indeed and Handshake. That must have been in spring 2020. Then, about a year later, I got an email from a recruiter from Hennepin saying, ‘I found your resume on Indeed and I think you’d be a great fit for this position.’ I was like, ‘Oh my gosh, that’s a big organization!’ But then I said, ‘You know what? I’m gonna do it, I’m gonna apply.’ And, after a few interviews, I got the job.”

DaSilva says that a lot of what she learned in the HSM program, such as labor laws and finance, has positioned her to excel in her career. “The finance course [Health Care Finance] really helped me understand where the breakdowns come. Before, I would look at the budget reports and just see red and green and not get what was going on. The course helped me understand how revenue and reimbursement works. I told my supervisor and now I’m going to be invited to budget meetings. So I’m excited again to learn that business aspect.” 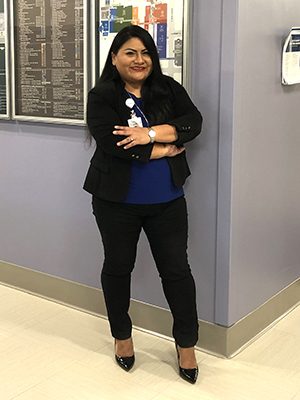 DaSilva says she sees herself as more of a coach than a supervisor. “What I love about my role is that I am here to support my staff, I’m here to serve them. When I started this job, I met with each of them one-on-one and I told them, ‘You know, I’m here to be a cheerleader and to make sure you have all the tools you need to be successful’,” she says. “I care for them because I know the work.”

Beyond her professional commitment, DaSilva says she has a personal connection to the work her team is doing. “I grew up in a city with limited resources. We didn’t have drinking water for the longest time. I was seven when I saw my first water faucet. I had an epiphany the other day as I held my cup and the filtered water was being dispersed from my refrigerator, and I couldn't help to think how blessed I am. As an interpreter, it’s so gratifying to know that my role is about helping marginalized communities and people who may have come from regions where they had limited resources, as I once did.”

Reflecting on her success, DaSilva has advice for others who are considering going back to college in their twenties. “Be brave and apply. Know your advisor, meet with them often, they are your biggest cheerleaders. Don't give up. Just remember you are ever closer to your degree.”

Mary DaSilva is the recipient of the Osher Reentry Scholarship, which recognizes the commitment and efforts required to reenter college while balancing work, family, and civic responsibilities. Visit the Health Service Management website for more info about the program.

The (Maroon and) Gold Standard 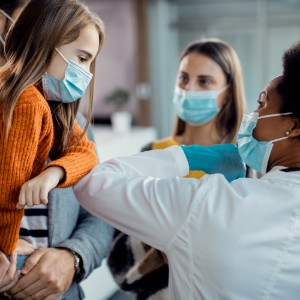 Emerging Trends: How the Pandemic Has Impacted Health Care 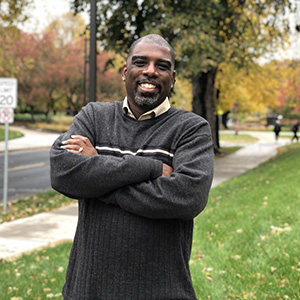