“We grew up growing a lot of our own food and knowing how to can and garden,” says Master of Professional Studies in Horticulture student Mary Nieting. “Our mom grew up on a farm, so we were always really closely connected to food systems and understanding where food came from. That was a big point that my mom always made… you're going to know how things grow and why.” 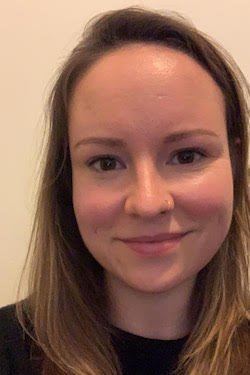 After college Mary worked as an environmental scientist but it wasn’t the perfect fit. She left the field to work in human resources at the company where her sister worked, but that job left her longing for the sciences.

Her sister—and her “biggest cheerleader”—suggested she go back to school. “Sometimes the people who are around you know you better than you know yourself,” Mary says. “She really pushed for me to start applying for master’s programs, specifically in horticulture, and I think that had a lot to do with our upbringing.”

Mary says that her mother fostered curiosity and a love of learning in the family. “I think she really kind of pushed us towards the things that we were interested in,” she says. “Every summer she would make us do all these workbooks and things, just to always keep learning… that was a huge priority for her.”

Connected by the Land

For her internship last summer, Mary helped run the five community gardens in Saint Louis Park. She was able to work with people from the neighborhood and local nonprofits, and the experience solidified her decision to return to horticulture and focus on community gardens.

“I'm really interested in an arena where you get to help people grow food to sustain themselves,” she says. She is passionate about issues around food equity and sovereignty, especially in immigrant populations.

"That was a big point that my mom always made… you're going to know how things grow and why.”

Some of the people she met grew up in rural areas in other countries and were used to growing their own food. When they came to America they didn’t have land that could be gardened or farmed. She found that the community gardens here weren't necessarily accessible to them.

In a future role she would like to “address how to get folks access to these spaces and uncover the barriers for them.”

Mary wrapped up her internship this past fall and now conducts research in Eric Watkins’s turfgrass lab. She plans to graduate in May 2022.

About the Courses: Organic Farm Planning, Growing, and Marketing (HORT 5131) with Julie Grossman was a class that stood out for her. “Everything is just so hands-on. We actually spent the first half of class out at the student organic farm on campus… we've been learning through physically doing things.”

About the Professors: “The professors that I talk to know so much and they've been all around the world, all across the United States, and this is where they're choosing to teach. So to me that's pretty great that I get to have those people as my professors.”

About Herself: “I can push myself harder than I thought I could. And I'm really proud of everything that I've accomplished in the program and how far I've gotten. Right now I've got a 4.0 for this semester so it's been really difficult. I think sometimes you have to make personal sacrifices in order to get this far. But I think if you really throw yourself at it, it's really worthwhile.”

Mary is a recipient of an Ingrid Lenz Harrison Scholarship.