Zayda Harsha had already earned her bachelor’s degree in criminal justice and psychology and a master’s degree in social work. She had a rewarding job as a counselor with Volunteers of America, working with clients who were incarcerated or recently released. What made her decide to go back to school and get yet another post-baccalaureate degree?

“I Know My Story, But I Don’t Know Everybody’s Story”

“I realized that a lot of the people providing counseling services are attached to their way of treatment,” Harsha explains. “That’s great because it was effective for them, but it can alienate people if they don’t fit that belief system.”

Harsha, who struggled with her own addiction in her early 20s, says that she wanted to ensure her personal experience wasn’t her primary frame of reference.

“I know my story, but I don’t know everybody’s story. That was the main reason—I wanted to make sure (my perspective) wasn’t limited.” 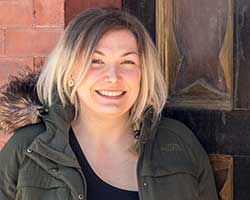 “There are other LADC programs,” Harsha continues, “but the U has a really great reputation as a cutting-edge research institution. The Master of Professional Studies in Addictions Counseling (ADDC) is really the most progressive program that I found in terms of their view of substance use disorders.”

The ADDC program emphasizes a case-based approach to teaching addictions-counseling theories and techniques. It addresses substance use as well as co-occurring mental health disorders within a framework that addresses the needs of a diverse society. Harsha is the program’s first graduate.

"The ADDC is really the most progressive program that I found in terms of their view of substance use disorders.”

Harsha completed her ADDC internship at Park Avenue Center as a chemical dependency counselor to adult men, many of who have been in the criminal justice system. She also interned in the mental health clinic at Stillwater Prison while completing her MSW.

The treatment prisoners receive, she found, is often focused on dealing with the trauma of being incarcerated, not the actions that may have contributed to their imprisonment. She wants to help people in their transition so that they can implement what they’ve learned once they’ve been released.

“The most difficult thing is to hear all the anger, some of which is justified,” Harsha says. Some clients have been in situations where events have spun out of their control, but taking responsibility for your actions, she believes, is an important step to becoming empowered. 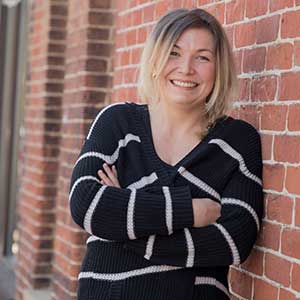 Harsha wants to continue to counsel the prison population, despite how tough it can get. She admits that it is painful to watch someone struggling, but “everyone has a right to their experience.”

“I don’t have the right to take that way from them, nor could I,” she says. “There’s a difference between supporting someone and fixing them. Fixing them takes away their right to be human, to experience adversity. We want people to experience the benefit of having done the work.”

"It’s okay to have a negative thought and still help people… you’re not alone.”

And everyone has work to do. What surprised her about the ADDC program was how she was challenged to examine her own ideas and beliefs. “I really got an opportunity to face my own issues. I had to ask myself, why does this particular situation create this reaction in me?”

Which sums up her advice for future would-be counselors: “Don’t fight what comes up for you; embrace it. It’s okay to look inside. You’re going to see some destructive behaviors that can create a lot of feelings in people. It’s okay to have a negative thought and still help people… you’re not alone.” 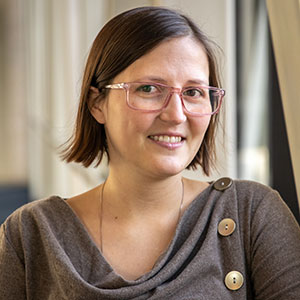 A Career in Corrections 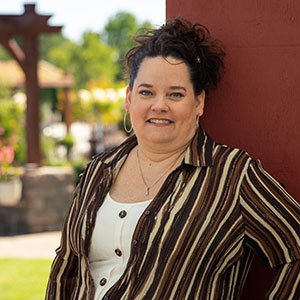 Serving Where the Need Is Greatest 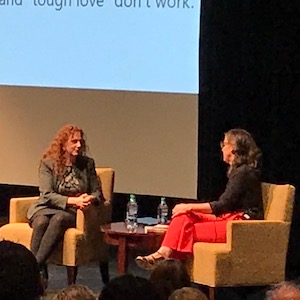 Is Addiction a Learning Disorder?