From Museums to Medical Devices

Dianne Kramer Case had never heard of scrums—or Agile, for that matter—before she was assigned to work on a project to develop a ticketing system for the Minneapolis Institute of Art (Mia). She had a Fine Arts degree from the University of Minnesota and had been working in art museums for more than 10 years, mostly managing front-of-house staff, writing classes, and doing some facilitation work.

“I started working really closely with our technology department and the onsite programmers, who were going to start doing scrum to create this ticketing system,” recalls Kramer Case. “I had no idea what they were talking about. But as soon as they had transitioned from waterfall [project management methodology] to being Agile and using scrum, the project started picking up and was lightning quick and really efficient.” 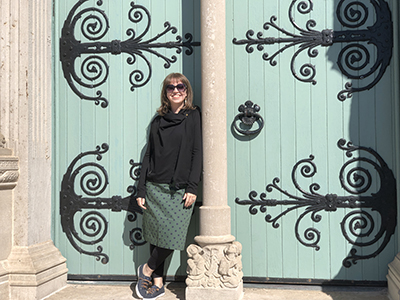 In rugby, a scrum is the huddle of opposing players, squeezed tightly together, attempting to gain possession of the ball. A scrum in the Agile world is when the team puts their heads together to carry a project to completion. According to the Scrum Alliance®, a nonprofit body that certifies organizations that teach Agile methodologies, “Scrum is a lightweight yet incredibly powerful set of values, principles, and practices. Scrum relies on cross-functional teams to deliver products and services in short cycles.”

A few years later, in the midst of the COVID-19 pandemic, the museum shut down and, despite retaining most of its staff during that time, Kramer Case began reevaluating her career.

“There was so much upheaval going on with the pandemic and George Floyd’s murder and all of these things,” says Kramer Case. “I came to realize that I really wasn’t as fulfilled with the job that I was doing as I had been in the past. I looked at what I had done that made me happy and saw that, in the last four or five years, working on that ticketing project made me happy. I felt like I excelled, I learned things, and I loved the community of people I worked with on that. So I reached out to some of the team and asked them which of my skills stood out to them. They told me, as a people person, I would make a great ScrumMaster.”

After looking into several Agile programs, Kramer Case decided to enroll in the University of Minnesota’s Agile Scrum Certificate. “A friend had gone through the same program and recommended it,” she says. “I graduated from the U and I trust it, so it just seemed the best choice. And it turned out to be really fun! Angela Johnson was the trainer for my ScrumMaster class and I just loved her energy and how she talked about scrum, what you can do with it, and how you can use its strategies to set people up for success.” 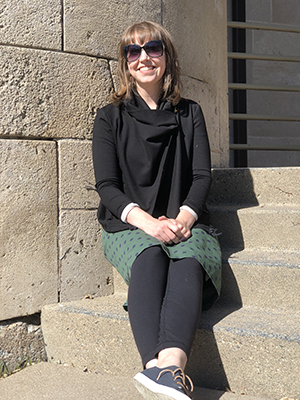 At the same time she was going through the program, Kramer Case started her job hunt and, despite being entirely new to the field, she was hired by Medtronic. “I got really lucky with the timing. They were specifically looking for someone who was completely new and could be mentored in the position,” says Kramer Case, who is now a ScrumMaster for two different teams, partnering with internal product owners to figure out different ways to motivate them, remove any impediments to progress, and set up meetings for people who need to connect to move their projects forward.

Reflecting on her experience in the Agile Scrum Certificate program, Kramer Case says she feels very fortunate. “It was just a wonderful experience. I’m really happy with my new career.”