Moving to a different city and adjusting to a new space were never obstacles for Elliot Nuckols. With a father in the military, their family moved around the southern United States about once a year. Integrating was challenging for a shy child, but Nuckols says they are thankful for the experience because it made the leap to graduate school in the cold north a bit easier.

Nuckols, who, in their words, went directly “from the graduation ceremony to rehab,” needed time after college to find sobriety and decide how to take the next step. After majoring in psychological science as an undergraduate, they realized they wanted to study counseling in order to guide others through recovery.

“There are only a few graduate programs in addictions counseling, and most are in the state of Minnesota, so whichever one I chose, I knew I was coming here.”

"I think it’s really cool that you can venture outside the major and find something that you’re interested in.”

Nuckols was initially drawn to the Addictions Counseling program, but after talking to an advisor and doing some additional research, they found the Master of Professional Studies in Integrated Behavioral Health (IBH) was a better fit.

The IBH program, Nuckols says, with its integrated approach to mental health and substance use disorders, speaks to their interest in social psychology, especially the psychology of stereotypes and prejudice surrounding race and gender.

We Need to Do Better

Nuckols’s own recovery experience “spanned the spectrum in terms of good and bad services.” They remember a counselor who “was incredible, who actually made sure to touch on every aspect of identity” that might have related to Nuckols’s problems.

“That’s why I want to work with the LGBTQA population, because everyone has aspects of their identity that may contribute to their addiction, and in those folks it so often goes unnoticed and not addressed. We need to do a better job of taking that into account.”

"Everyone has aspects of their identity that may contribute to their addiction.” 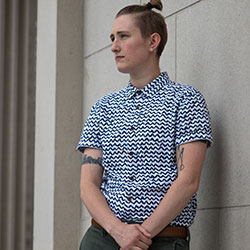 Minnesota, notes Nuckols, was crucial during the formation of substance abuse therapies with the Minnesota Model, which was revolutionary at the time. Now the state is at the forefront of harm-reduction therapy, which considers different, client-driven ways to approach treatment.

Nuckols is looking forward to learning more about these options and how they relate to addressing specific populations. They hope to fulfill the IBH internship requirement after much of their coursework is complete in order to absorb as much as possible before putting that knowledge into practice.

For someone who came to Minnesota with no personal or professional connections, Nuckols seems to have found a home here, however temporary. There is now a puppy. And guitar lessons and volunteer shifts at the Humane Society. They also continue to work full-time, fittingly, at the University Veterans’ Services Office.

The winters, however, will take some getting used to. “You can put on as many coats as you can and still be cold. Cold is just your resting state in winter. But I feel most betrayed by the summer, because I thought when I left Alabama I was leaving the hot summer behind, but no…”

“Cognitive Behavioral Therapy with Jennifer Weigelt has absolutely blown my mind. I took Sexual Health and Gender Therapy as an elective.

“Talk to people. Everybody connected with this program—students, staff, instructors—they all have strong opinions, and they’re all different, and that’s awesome. It’s given me a chance to form my own opinions about really important issues in this field. I know where I stand because I’ve taken the time to listen.”

Elliot is a recipient of The Quell Foundation’s Bridge the Gap Scholarship. 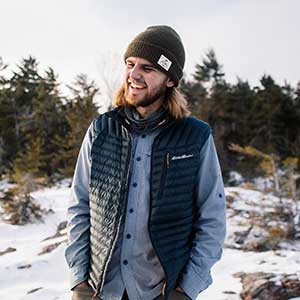 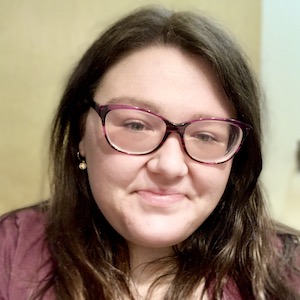 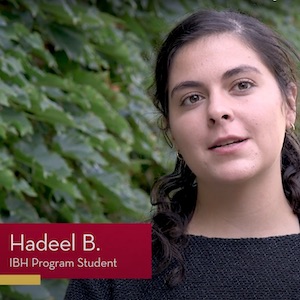 Video: Meet the Students in the IBH Program