At first Salma Hussein struggled to find her focus at the U. But an individualized degree turned out to be the solution she needed to not only design a degree that reflected her goals but also to form the foundation for a leadership role in public education.

At the start of Salma Hussein’s sophomore year at the U, a letter was sent announcing that she was on the verge of academic probation. Because Salma lived with her parents at the time, she arrived home one day after class to find members of her family gathered, intervention-style, to discuss what was going on. As a first-generation college student in a Somali-American family, there was a lot of pressure on Salma to excel academically. Her parents went through a lot to establish a life in the United States and their dream was for their daughter to become a doctor one day. But that pressure resulted in Salma’s struggle to find a path that felt authentic. 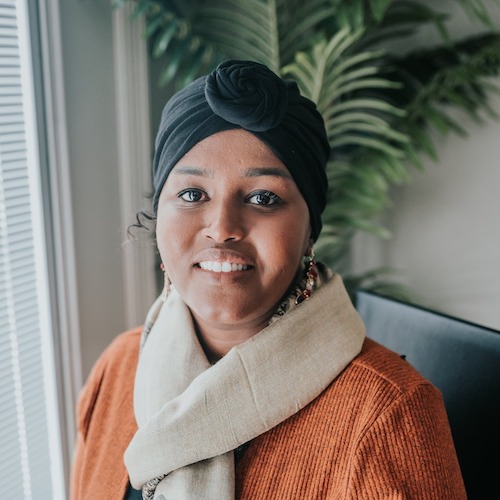 “I remember my mom and dad saying, ‘This is not why we sent you off to college. If you don't fix what you're doing, they will kick you out,’” Salma says. “And that was a wake-up call.”

Having started at the U of M with the expectation that she’d pursue a career in medicine, Salma spent a lot of time in courses that didn’t resonate with her. The closest major related to health care that interested her was child psychology, which she pursued for a while, but it never felt like the right fit. She foundered. And after the letter, Salma knew she had to remedy her situation by completely changing directions.

“It was at that time that I discovered the Inter-College Program (ICP), where I could work closely with an advisor and design a degree that fit my interests and goals,” Salma says. “Working with my advisor Josh, I felt like I had finally found a coach. Someone who was interested in my story.”

Pivoting her major to an individualized degree enabled Salma to combine three focus areas that deeply resonated with her: youth studies, leadership studies, and public health. The self-designed nature of the degree required her to write a proposal, outlining her goals and answering the big “why” questions for her studies. While the process of writing that proposal was intense, Salma says that it got her back on track academically, and even created the foundation for the career success she has now.

“It gave me the opportunity to really ask myself, ‘What is it that I want to take away from this college experience?’ It also gave me a better understanding of the type of impact that I wanted to have,” Salma says. “I realized I wanted to be a leader in the community, pushing myself to take up more space.”

When Salma graduated with her individualized bachelor’s degree, she wasn’t ready to stop her education. She transitioned right into earning her master’s degree in social work from the U that fall, knowing that she wanted to put her talents and passions to work serving her community and creating a just society. She joined the Minneapolis Public School system at South High School, working as a school social worker, and that experience opened her eyes to a love for the education system, working with kids and making a positive difference. Salma also worked for the U of M’s Office of Diversity and Inclusion, at the Multicultural Center for Academic Excellence. These professional experiences shaped her worldview and nourished an appetite to grow into a leadership role in the education field. 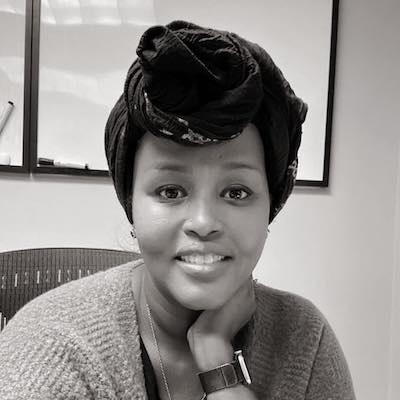 “At the time, I was striving to create spaces where students felt belonging. I was also pushing for mental health access while destigmatizing mental illness. I think these experiences, plus writing my ICP proposal and having conversations with people that were very high up, like the department chairs, gave me confidence to walk in purpose and to communicate my desire to make a difference.”

Her curiosity and drive led Salma to earn her K-12 principal license, and from there, she set to work networking and looking for a leadership position in education.

“I remember meeting with white principals in the Twin Cities and asking them if there was space and opportunity for a Muslim woman school leader,” Salma says. The answer she got wasn’t exactly satisfying: “In the right building.” But as it turned out, Salma was able to carve a path for herself in Saint Paul.

Through Twitter, she connected with the Superintendent of Saint Paul Public Schools Dr. Joe Goddard. That connection on social media turned out to be the link Salma needed to take her career further.

“I direct-messaged the superintendent and asked for 15 minutes of his time,” Salma remembers. “Those 15 minutes have turned into ongoing conversations and coaching, as well as sharing that I wanted to be an assistant principal so that I could support all students through healing and cultivating joy using my social work background.”

“I want to do for students what my ICP advisor Josh did for me, holding space for my experiences and helping me create a roadmap to success. I love doing that for the students that I work with in the high school and in the community.”

The authenticity and ambition Salma showed ultimately led to her most recent opportunity. She is now Assistant Principal at Central High School, the state’s oldest high school, whose motto is: “Many  traditions, one school.” It was the perfect opportunity to take on the leadership she was after.

And she’s still not finished learning! Salma was recently accepted to a doctoral program in education and was named a 2021 Bush Foundation Fellow. She intends to focus her research on equity and creating space for social and emotional learning. As her journey continues to unfold, she reflects back on the bachelor’s degree that started her on her way.

“The process of writing the proposal for my individualized degree really set me up for success, and ICP as a whole created the foundation for a career of using my knowledge to make our communities better and healthier,” Salma says. “I want to do for students what my ICP advisor Josh did for me, holding space for my experiences and helping me create a roadmap to success. I love doing that for the students that I work with in the high school and in the community.”

“Don't fake it until you make it. Be about it until you become it. Be yourself. And know that it’s okay to ask for help. Asking for help does not mean that you are weak. It just means that you need support. Everybody needs support.”