Technology and Business: A Perfect Marriage

As technology continues to advance at breakneck speed, more and more businesses are stumbling over themselves to keep in step during a rapid-fire digital dance. Meriem Benkhalifa saw the writing on the wall and made sure that when she began her studies at the University of Minnesota, her coursework would marry her interest in technology with a practical business toolkit.

“There’s no point in studying technology without pinpointing the use of it in business,” Benkhalifa says. “That’s why I chose the ITI degree. It focuses on business as well as technology, which makes sense. You’re not just studying theory. You’re developing something you can use once you’ve graduated.” 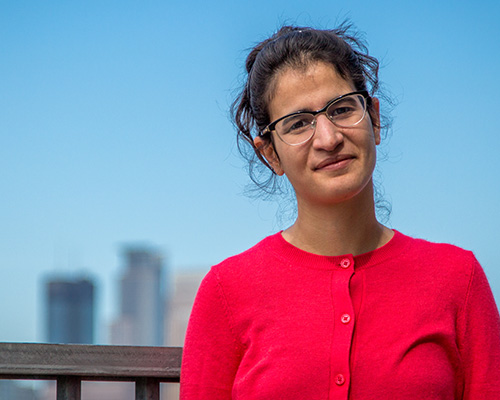 Finding an Education at the U

Benkhalifa moved to Minnesota with her father and brother from Tunisia in 2014 in pursuit of further education and career opportunities. She had already taken courses in computer science and networking back home, and she was looking to transfer credits to the U of M, where she intended to gain even more education in technology.

A quick search on the U of M website led her to the College of Science and Engineering (CSE), where she would earn a BS in computer science, but the search also revealed what would become an important second major for her: Information Technology Infrastructure (ITI).

“My thought was, why not do a double major? They complete each other,” says Benkhalifa, who graduated in May of 2017. “Computer science is more software engineering and development-based, but ITI is more networking, systems, and business. It’s a perfect combination.”

“There’s no point in studying technology without pinpointing the use of it in business.”

It was a smart choice. According to many experts in the field, technical expertise by itself is no longer sufficient for new graduates. The technology professionals most in demand must possess deep knowledge of one technical discipline, complemented by a wide portfolio of skills.

For Benkhalifa, that additional portfolio will include project management and communications coursework from her ITI degree. This will enable her to see the big picture and excel in her new job. 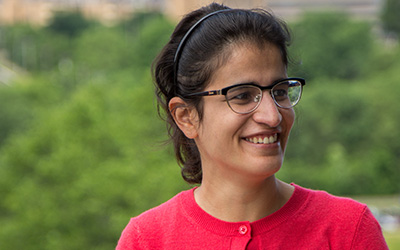 Putting Her Degree to Work

After completing two 10-month-long internships with health care software company, Optum, Inc., Benkhalifa was offered a full-time job in the summer of 2016. The company was willing to wait another full year to take her on as fresh talent. In the summer of 2017, she begins training with Optum’s Technology Development Program, specialising as a data scientist/analyst.

“Big data is increasingly important,” she says. “We have to learn how to clean the data and make it useful in real time. Also, storage of that big data is crucial.”

This will be Benkhalifa’s first full-time job out of college, and she’s looking forward to the challenges of finally applying her degree. “I think everything you learn in ITI, you will someday need,” she says.

Reflecting on what she loves about technology as she embarks on the first step in her life as an IT professional, Benkhalifa says, “Technology is really interesting because it changes a lot. That makes it challenging, but also exciting. You’ll never be bored.”

And, thanks to her tech-meets-business toolkit, she’ll probably never be unemployed, either. 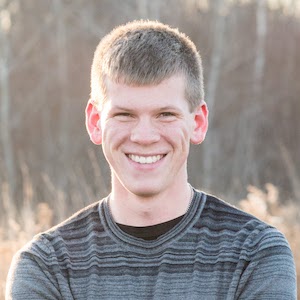