What’s So Funny About Sex Education?

Turns Out, a Lot.

Master of Professional Studies in Sexual Health
By Mia Boos 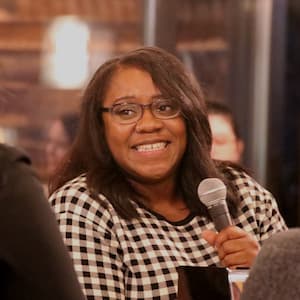 At the November 9 Sex Science Happy Hour, we were entertained and educated by sex educator and comedian Khadijah Cooper. Khadijah grew up in the suburbs of Minneapolis as an only child. She currently works as the Director of Sexuality Education at the Annex Teen Clinic and has been passionate about sexual health for over a decade. In 2019, Khadijah was named in the top five for the Best Comedian category for the City Pages Best of the Twin Cities. In 2021, mncomedy.com named her one of five comedians to watch. (But, she adds, she will always be a youth worker and sexuality educator at her core.)

For Khadijah, comedy has always been a part of her life. Her mother, CiCi Cooper, was a comedian, and Khadijah remembers going to her gigs and open mics in the 1990s as a kid. Khadijah herself began doing stand-up in 2018, and by that time, she was already an experienced sexual health professional.

Having a good sense of humor can be a valuable asset as a sex educator, when your "audience" is adolescents, teens, and their families. They have a lot of questions, and the right mixture of seriousness and humor can be very effective when talking about tough topics.

Khadijah believes young people are smart, and we shouldn't be afraid of holding them to high standards. We need to be talking about sex with them in all its facets—relationships, pleasure, physical health, pregnancy, etc. These conversations should be happening formally in the schools and at home. Everything feels so high-stakes in adolescence, she says. We need to give young people the tools to deal with these issues and emotions. 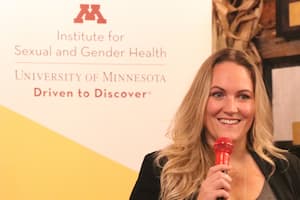 Parents are key to this education, too. They need to be aware that the language they use, the jokes they tell, the opinions they hold make a difference. Parents can talk about sex in terms of young people's physical and emotional development, not as behaviors that can carry a judgment or that are attached to a gender. They don’t need to be sex educators, Khadijah says. They just need to teach values.

At the end of the event, the crowd shared sex education resources, such as amaze.org, Family Tree Clinic, and Scarleteen. Host Dr. Kristen Mark, director of graduate studies for CCAPS’s sexual health programs, also fielded questions both anonymously and live from the crowd.

The free Sex Science Happy Hours, held at local breweries around the Twin Cities, feature sex and relationship experts who can answer your burning questions. Sign up to get on the mailing list! 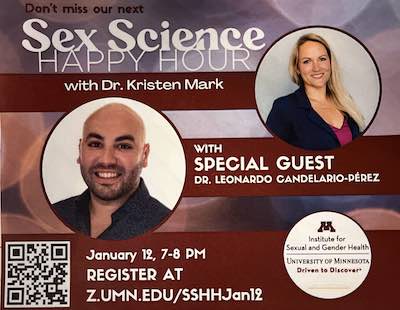