Behind the Scenes IT

Matt Lowe is the kind of technophile who’s drawn to the invisible, buzzing background of what makes technology work. That includes things like networking and security, two of the areas in which he focused his Information Technology Infrastructure (ITI) major. But Lowe didn’t always know that he would find his niche in networking, the area of IT that pertains to digital spaces where organizations access, share, and store information. His first interest was in the development of popular technology.

“Growing up, you had your computer, your Game Boy, your N64—I loved all that,” Lowe says. “As I got older, I watched as touchscreen phones, iPads, and laptops came out. It’s exciting because it’s always changing. We’re at that point as a society where if we think about it enough, we could build it.”

Lowe’s fascination with ever-changing tech gadgetry led him to pursue computer science, and that was the major he declared as a freshman at the University of Minnesota. After taking a programming class, however, it dawned on him that building the technology he loved wasn’t for him.

“I’ve always been an observer. I’m interested in the stuff that most people don’t pay attention to. For whatever reason, programming wasn’t a good fit for me and my interests,” Lowe says. 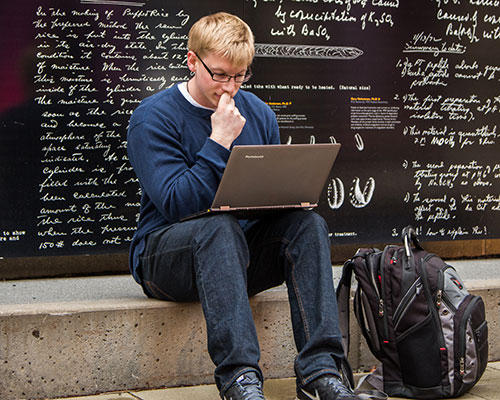 After attending an information session and speaking to an advisor, Lowe changed his major to ITI, a degree that would allow him to be an observer and behind-the-scenes tech guy. Besides the program fitting his specific interest in technology, it also suited him in its organization and applied approach.

“That’s what college should be about—taking what you learned in class, going into the real world, and applying it.”

“I have one evening class a week, which is pretty nice because I have a lot of free time opened up,” Lowe says. “The class sizes are smaller, too, which allows for more one-on-one time with instructors. That’s something I really enjoy because it helps me with my understanding of the material. You get to ask a lot more questions. Think of it in comparison to a giant lecture hall where you have 60 students listening to one professor.”

A chunk of Lowe’s free time is spent working for the U of M’s Office of Information Technology (OIT) as a zone team member, visiting departments around the University and helping people with their IT issues.

When asked what his favorite classes have been, Lowe says that since he’s a hands-on learner, he appreciated the courses on web infrastructure, network administration, and security principles. “The instructor would throw real-world scenarios at us and we’d tackle them together, using what we were learning in class,” Lowe says. “That’s what college should be about—taking what you learned in class, going into the real world, and applying it.”

That’s something students typically get out of every ITI course because the instructors are all adjunct with full-time jobs in the subject that they teach. This translates to breaking the academic bubble and teaching based on real-world applied knowledge.

Speaking of the real world, Lowe already has a plan in place for when he graduates in May 2017. He has accepted an offer with Microsoft Corp. and will be entering a two-year program with the company called the Microsoft Academy of College Hires. The program is geared for entry-level IT grads who are looking for growth within the behemoth software corporation.

“To have this opportunity with Microsoft is an absolute blessing,” Lowe says. “I never wanted to settle for a job, and Microsoft is the cream of the crop.”

Reflecting on his experience in the ITI program, Lowe says that he’s glad he found out about it. It altered his orientation toward IT and offered him the chance to learn from adjunct instructors. Now Lowe is ready for the first step into his career, although he’s a little nervous.

Don’t let him fool you, though. He couldn’t be more excited about the opportunity that awaits him post-graduation.

Matt Lowe is a recipient of CCE's Undergraduate Tuition Scholarship. 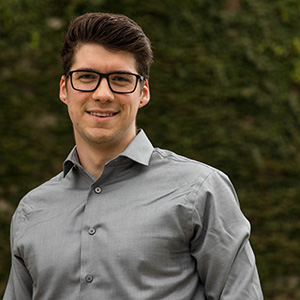