Master of Professional Studies in Civic Engagement
By Mia Boos

Nicole Conlin was introduced to local government through an informational interview with Hennepin County. Even though she already had a master’s degree in public policy, she was open to exploring career options.

That encounter with county government sparked an interest in elections and civic engagement that would lead her to earn a graduate certificate in Election Administration, a track within the Master of Professional Studies in Civic Engagement.

Nicole would later decide to pursue the full master’s degree. This May, she presented her capstone project as one of the first graduates from the Civic Engagement program.

A capstone is a research project that students complete at the end of their master’s degree that demonstrates the skills and knowledge learned throughout the program. The Civic Engagement Capstone course is offered every spring and helps students complete their project. The process provides students with an opportunity to engage in creative problem-solving to address real-world issues. 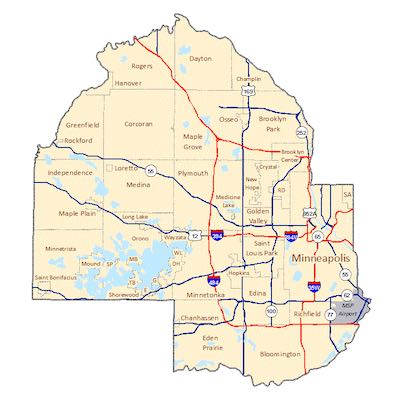 Nicole’s project addressed her passion to improve elections. She performed a wide-scale anonymous survey of election judges in Hennepin County in the spring of 2021. She asked them questions about their experience as an election judge, like how did they find out about becoming a judge, what are their safety concerns, what kind of training works best for them, etc. She also asked about compensation and retention.

“I knew that the newest census information was coming out,” Nicole says. “So demographics sounded like a great place to start. Because you can really make recommendations by saying X amount of people speak this language and X amount of election judges reported that they do, so we probably need to recruit more people who speak Hmong.”

To develop her survey and to seek out subject matter experts, Nicole collaborated with the county elections team that specializes in training judges. Although she also works for the county, hiring and training election judges is not her area of expertise. She chose her topic in an area outside of her job scope so that she could maintain separation between the two.

Nicole began collecting data in the spring of 2021 and received over 1,700 responses (an impressive 25% response rate!). She was then able to compare the demographic data she gathered to the Hennepin County population as a whole.

“Basically what I found,” Nicole says, “is that we definitely need more diverse election judges, and I don't think that's super surprising to anyone who regularly works with election judges or knows what the population is like.”

She also collected more qualitative data that could be used to make improvements to the judge training program and found that there is especially room for growth in the area of recruitment.

“We definitely need more diverse election judges, and I don't think that's super surprising to anyone who regularly works with election judges or knows what the population is like.”

“A lot of my suggestions around recruitment were to go to different community groups and say why having a diverse election judge pool will be helpful to all voters.”

Specifically, she continues, elections need more language support through interpreters, translators, and printed materials. It should also be easier for people to take time off from work to act as election judges. Changes like these can benefit entire communities and increase voter turnout. How so? Because representation matters. 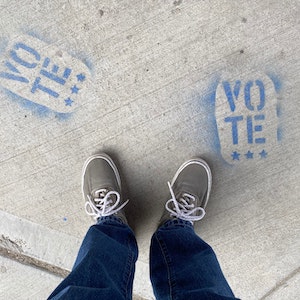 “Some research I found shows that voters who see someone who looks like them at the polling place actually makes them feel more secure about their vote being counted as they intended,” Nicole says.

“Intentionally recruiting folks who are able to make voters feel more confident in the system and in elections as a whole is something that's really important and something that maybe we haven't looked at as much as we can.”

Nicole will release her formal report to the city clerks so that they can use her recommendations in future election judge training. In it, she highlights key issues like recruitment and retention, then outlines easily readable and adoptable suggestions. These tips are intended to make training election judges easier and improve the overall voting experience.

Nicole may decide to teach someday, but she loves her current role with the county. “This was definitely not something where I want to take this program in order to move to a new career. I wanted to develop the skills I already had and just get some formal education around them.” 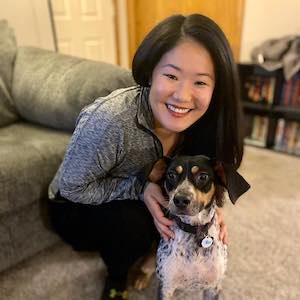 What she really appreciated about the Civic Engagement program was the opportunity to network with people from different fields and organizations. “It was nice to develop connections with folks on the ground and work with people who are in nonprofits and at the U. I think as a government employee we're often in our own little world, so it was nice to hear other people's experiences,” she says.

A benefit of working for Hennepin County, Nicole notes, is the tuition reimbursement option. (The amount is limited each year, so she spread out her coursework over five years.) Nicole attended a private institution for both her undergraduate degree and first graduate degree and didn’t want to take on any more debt. She was also awarded a CCAPS Ingrid Lenz Harrison Scholarship. That combination of funding allowed her to take all of her classes without paying out of her own pocket. “I think I'm more proud of that,” she laughs.

Facilitating Community-Driven Leadership (CIVE 6311)
“The projects that we did for that class were so cool. One of them was to create a podcast, and I thought that was really neat.”

Nicole is a recipient of the Ingrid Lenz Harrison Scholarship.