A Future in Health Care

Bilal Syed knows how to maximize his time, staying busy. That tendency adds up to a student with a lot of accomplishments under his belt.

Having completed several PSEO (postsecondary enrollment options) classes while in high school, Syed transferred the credits to his college education, giving himself a head start toward graduation. His gut told him to choose a health care-related major because he wanted to feel like he could help others. This led Syed to the Health Services Management (HSM) major, with a public health minor. The format of the HSM major has allowed him to take on a number of extracurricular activities, which are also quite important to him. He is the former vice president (now secretary) of the Pakistani Student Association; he is part of Beta Chi Theta, a multicultural fraternity, for which he serves as Director of Philanthropy, organizing fundraising efforts for the American Heart Association; he is an intern for Be The Match, a bone marrow donation registry; and on top of all this, Syed is a scholarship recipient.

We sat down with Syed to learn a little more about him and his future in health care. 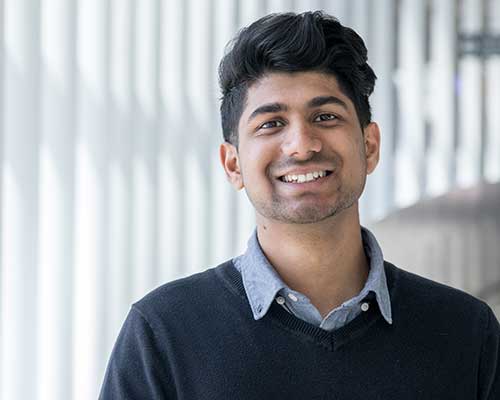 CCAPS: To start off with, tell us how you found the HSM major and what drew you to it.

BS: I was originally a computer science major, but medicine was constantly on my mind. I always wanted to do something where I was able to help people. During my sophomore year, I applied to the HSM program and was accepted. I realized health care management was the perfect thing for me—I’d be able to help people, be challenged by the work, and have a work environment that fit me better. I was interested in an environment that wasn’t necessarily patient-based, but that allowed me to work with other people and tackle new things every day.

BS: If you’re helping people, even in an indirect way, that’s just great. That makes me feel more passionate and in tune with the work I’m doing. I’ve had jobs where I wasn’t engaged, and I want to avoid that. Health care is something that I really do care about. 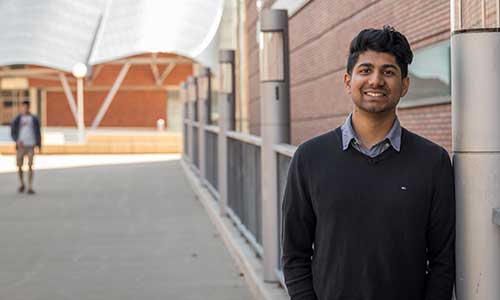 CCAPS: What do you enjoy about the HSM program?

BS: I like how practical it is. The HSM program comprises a lot of different departments, but in every single class the one standard is teamwork. It’s also amazing because the instructors are working professionals, so they don’t beat around the bush. They come in and talk about  problems that are going on in their companies. They’ll bring up case studies that are relevant and helpful. The instructors aren’t going to talk about anything that they don’t find important, and I can tell that they weed out material that isn’t directly relevant to our education.

CCAPS: We know that you like to stay busy. Can you talk about the flexibility of the HSM program, and how it’s allowed you to keep that busy life you like?

BS: The HSM program has a lot of night courses, and I personally really like that. There are online courses too, and those tend to be our applied business courses. This schedule is a positive because it’s allowed me to get involved with other student groups, like serving as Vice President of the Pakistani Student Association (PSA), for example. I think student groups have helped me just as much in my education as coursework has. As Director of Philanthropy through my fraternity, I coordinated with Red Cross, planned events, ordered T-shirts, and delegated tasks. I don’t think I could’ve done all that if I’d had to go to a three-hour lecture. 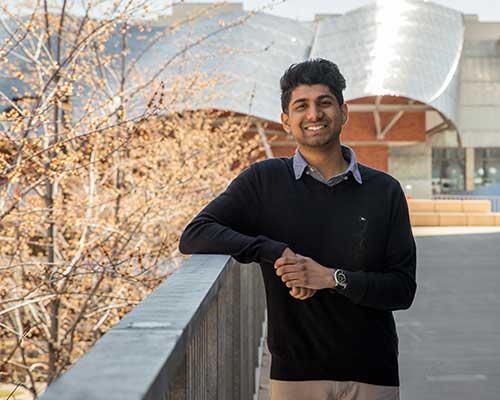 CCAPS: Can you share a bit about an HSM course that you’ve really enjoyed?

BS: I really enjoyed HSM 3521: Health Delivery Systems. When I took it, I wasn’t sure yet if HSM was the right major for me. But after the course, I was hooked. It was one of the best classes I’ve ever taken. I think it should be a required course across the campus because it’s so important for people to learn about our health care system. That class invigorated me to go into the field. I saw a lot of opportunity, a lot of challenge, and room to make a change. I felt like I could contribute. The class covered the health care industry, including law and ethics in US health care system. We also learned about international health care systems. The course was a good introduction to the major. It covered the tips of multiple icebergs, and then in the courses that follow, you dive into the water.

CCAPS: What’s next for you?

BS: I would like to start working as soon as possible because it’s a goal of mine to help support my family after college. After I work for a couple of years, I’d like to pursue a Master of Public Health degree. Public health professionals are employed by state government, and that interests me, as does nonprofit work. Wherever I apply, the end the goal is still the same—I want to help others. I think it’s a blessing to have options and to be struggling to decide what to do at this point. It just shows how many opportunities that the major opens up.

Bilal Syed is a scholarship recipient.