A Future in Nursing

Lamin Manjang realized he wanted to pursue a career in nursing after a family trip to his mother’s native Liberia in 2012, the summer before Lamin’s freshman year of college. His mother is a nurse and was intent on visiting Liberian hospitals as part of the trip. For Lamin, this was an incredible experience. Inspired by the depth of connection between Liberian nurses and their patients, and imagining the possibility of one day returning to Liberia to improve education and health care systems, Lamin suddenly found himself intent on studying health care.

Now a senior (and first-generation college student) at the University of Minnesota, Lamin is an Inter-College Program (ICP) major on the Health & Wellness track with a focus on public health. He is poised to graduate in May of 2017 and embark on next steps in his career. 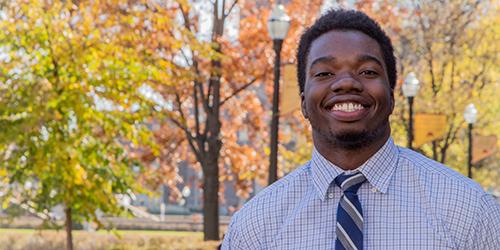 Lamin has done plenty to prepare for the ongoing challenge of making people feel better. During his time at the U, he worked as a Home Health Aide at the Catholic Eldercare Nursing Home doing a variety of jobs, from helping with medications to interacting with patients. He has also worked as a student researcher for the School of Public Health, conducting research on “food deserts” in the Twin Cities through an initiative called the Staple Food Ordinance study.

“A ‘food desert’ would be a neighborhood where the residents have no access to fresh fruits and vegetables,” Lamin says. “As a data collector for the study, I drove to little corner grocery stores all over Minneapolis, checking to see if those stores were stocking enough healthy foods. This research was really eye-opening for me because some of the stores I went to were in the Minneapolis neighborhood where I grew up. Now it’s become a goal of mine to educate the Liberian population in those neighborhoods about the importance of nutrition.”

As if working at the nursing home, being a student researcher, and going to school full-time weren't keeping Lamin busy enough, he also found the time to join student groups and earn scholarships. He is a recipient of the Karin L. Larson Interdisciplinary Education Scholarship and is a McNair Scholar, having worked with his mentor, Barbara McMorris, to conduct research on social and emotional adjustment in middle schools as part of the McNair honor. Lamin is also involved with the Black Student Union, the Huntley House, and the Future Leaders Aspiring in Science and Healthcare groups.

Upon graduation, he hopes to go on to earn his master’s degree in nursing so he can emerge a Registered Nurse (RN).

“I’ve done a lot of research work relating to health care, and I know that research affects a lot of people, but I’d prefer to do clinical work in a hospital setting,” Lamin says. “My goal is to work in a hospital for a couple of years, then do a Doctors Without Borders program. One day, too, I’d like to go back to Liberia and contribute to the country’s learning and education about health care. To help establish a national hospital for people who don’t have access to health care would be amazing.”

Given his inexhaustible drive to participate, join efforts to make change happen, and be a leader in health care, we’re betting that Lamin will accomplish all the goals he sets his mind to, and then some. 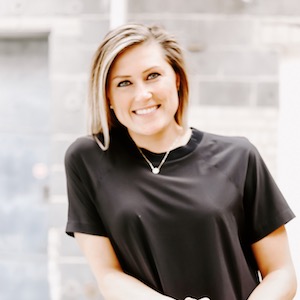 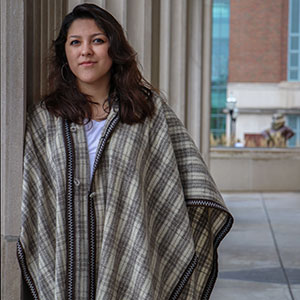 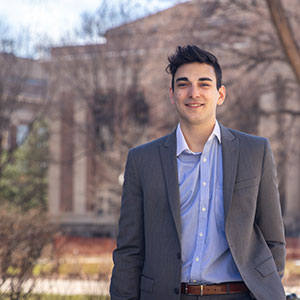