It’s early morning and Tayler Haviland is perched in front of a computer screen, coffee and donut within reach, his eyes scanning the day’s freshest batch of cybersecurity blog posts. As a student in the Information Technology Infrastructure (ITI) program, he’s doing an internship with Securian Financial, and that internship includes rotations in various areas of IT. The part of the rotation that’s most fascinating to him is security because it’s a clear necessity for companies today.

Haviland clicks open a new blog post. He has to stay on top of the latest information because it’s constantly in flux. Fortunately for him, that ongoing change is the juice that fuels his drive to pursue a future working in IT.

“In IT, you have to constantly be learning because the industry is changing so fast,” he says. “I’ll be doing that on the job, too. You can never know it all.”

Haviland may not know it all, but what he has learned through his ITI coursework has positioned well him for a career that aligns skill sets in both technology and business.

Since he was a kid, Haviland enjoyed getting his hands dirty figuring out how things worked. It was not unusual to see him take something apart only to study the components and put it back together. When he was 15, he taught himself how to host his own voice chat server so he and his friends could communicate while playing video games from their respective homes after school.

“I would say I have an analytical mind. I like to learn how something works from the inside out,” Haviland says. “If there’s something I don’t understand, it makes me anxious. I have to figure it out.” 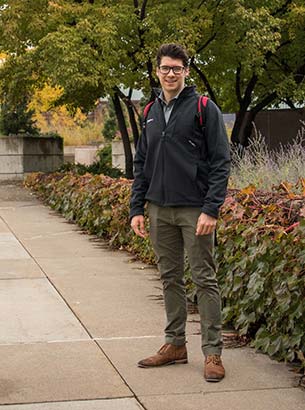 Though it was clear that he had an interest in technology and a knack for solving problems, Haviland wasn’t sure what he wanted to study in college. Computer science and programming was the popular choice among technology-loving peers, but he wasn’t sure that was the right fit for him. So after graduating from high school, Haviland took two years to work at a technology help desk while chipping away at his general coursework requirements at a community college. During this time, a friend recommended that he look into the ITI program, described as an education with roots in computer science, capped with IT upper-division material and business management tools. Haviland was sold.

“A cool thing about the ITI program is that it’s practical,” Haviland says. “Computer science can be so theoretical, and I prefer learning IT concepts that can be more directly applied to real life.”

A Student in the ITI Program

Haviland found a lot to love about ITI. For one thing, he liked that the courses were taught by industry experts and he enjoyed that they were held at night so that he could work during the day. The schedule allowed him to take on internships, such as the one with Securian Financial. While there, he assessed the risk inherent in the company’s choice to have a wireless mouse at each keyboard. The bluetooth connection in wireless mice, he explains, makes the devices vulnerable. This discovery was part of the presentation he delivered at the end of his internship.

“Thanks to the way ITI is organized, school and work are seamlessly integrated. They complemented each other. What I’m learning at one, I’m applying at another.”

“Thanks to the way ITI is organized, school and work are seamlessly integrated,” Haviland says. “They complemented each other. What I’m learning at one, I’m applying at another.”

And what he enjoyed learning about the most was security, which is one of six tracks that ITI students can choose to focus on over the course of their studies. Haviland’s favorite security course taught him “ethical hacking,” where students test the fortitude of a site or system to see if they can breach it and capture data. If they find a flaw in the system’s armor, they then have the information they need to fix the vulnerable area. Haviland explains that it’s crucial for businesses to have a security strategy because it’s an issue that isn’t going away anytime soon. 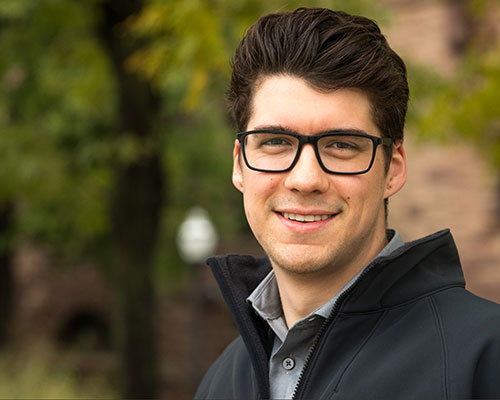 “No matter what subset of IT we talk about, security plays a role,” Haviland says. “One of the fundamentals of security is that it requires a breadth of knowledge and a depth of knowledge. You really need to be a jack of all trades to do well in this track, and that’s what drew me to it. With any of these tracks, you don’t just touch the water, you get up to your knees in it. You become an expert.”

Haviland admits that he’s applying to a slew of jobs to capitalize on his ITI degree, which has prepared him well for real-world technology issues. Professionals who understand cybersecurity are in high demand, and so too are those who are knowledgeable about devops—another area that Haviland is exploring. His problem-solving mind craves fresh challenges, and he’s undaunted when it comes to drinking from the firehose of new information about IT.

He talks about new areas of development, such as companies moving information to the cloud. These are exciting evolutions that speak to the larger trend of IT reinventing itself, Haviland says. While constant change may frustrate some, for students like Haviland, change guarantees a lifetime of challenge and fulfillment.