Science in the Real World

“I've always loved science. It was always my favorite subject, and I was good at it,” says Grant Barthel, Master of Biological Sciences graduate.

Soon after receiving his undergraduate degree in biology from St. Mary’s University in Winona, Barthel landed a coveted position in cytogenetics at the Mayo Clinic. (Cytogenetics is the branch of genetics that studies the structure and function of chromosomes in relation to human disease and disease processes.)

He stayed at Mayo for almost six years (“a great experience”), performing cancer genetics and clinical cancer studies, before deciding to go back to school. “It was hard to get ahead,” he explains. “I had always wanted an advanced degree and to do research. I wanted to use (the MBS degree) to transition to that.”

In the MBS program, Barthel, who didn’t take many molecular courses as an undergraduate, enrolled in a variety of molecular and cell biology, spectroscopy, cell physiology, and other courses.

The incredible access to University faculty and resources helped him get a paper published with Karen Mesce and several others about a new confocal microscopy technique used to image Golgi-stained neurons.

“It seems like everyone you work with around here is a genius. My knowledge base now has far surpassed what it was.”

He also found a full-time job on campus at the Imaging Center, where he provided training, as well as imaged specimens such as intact and optically clear mouse brains in order to study viral induced genetic modification. (Imaging Center program director, Mark Sanders, was also a coauthor of the paper and instrumental in Barthel’s success there.)

“They have a lot of impressive high-end research equipment that they teach people how to use, in addition to providing sample preparation, actual imaging, or analysis of results,” he says. “It's a really cool place.”

No one in his family had gone to graduate school, and Barthel’s transition was a lesson in multi-tasking. “I was working three part-time jobs with a full course load. I was loading trucks at FedEx from 2−7 in the morning, then I’d work at the golf course, then go to class, then go work at my brother's insurance company. Plus, I had a three-year-old at home,” he says with a smile. “It was a long year.”

This spring, Barthel started a new job as a cytogenetic technologist with Fairview, where he’ll be performing FISH cytogenetics. (Fluorescence in situ hybridization, or FISH, is a technique that provides researchers a way to visualize and map a cell’s genetic material. This may be used to understand chromosomal abnormalities and other genetic mutations.)

He will also do comparative genomic hybridization (or CGH, a cytogenetic method for comparing two genomic DNA samples from two, often closely related, sources because it is suspected that they contain differences), as well as train others in these techniques.

Barthel, who graduated in December after just seven semesters, achieved his goal of obtaining a position that immerses him in research. He feels “more competent now” and can confidently say that he knows “how to do science in the real world.”

Be organized and know what you're in for. It's a lot of work, but it's worth it. 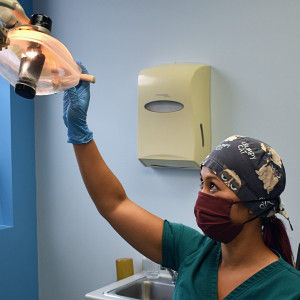 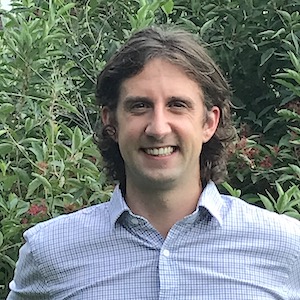 The Magnetism of Microbes 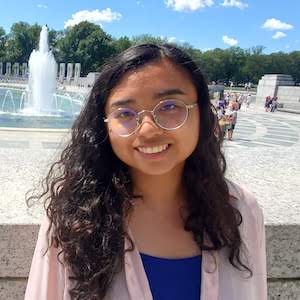