“My first 'dream job' was to be an astronaut,” says Bri Ettestad, Master of Biological Sciences student. It was a career she decided on as a preschooler, but that was soon replaced with paleontologist, as she went through a long phase where she was fascinated by dinosaurs.

“By the time I was six years old, I'd watched our VHS of Jurassic Park so many times, the tape began to unravel and we had to buy a new one! Though my interests changed and shifted throughout my life, science was always something that captivated me.” 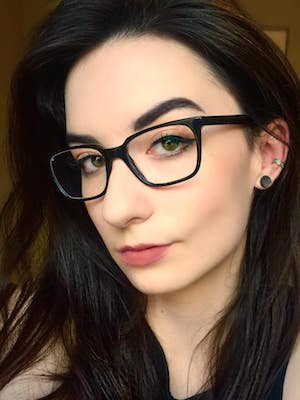 After earning a BS in Cell and Molecular Biology and a BA in Biochemistry, Ettestad was searching for a master's degree that would provide career advancement while she worked full time.

“It wasn't feasible for me to quit working in order to go to graduate school, since I didn't want to live off of loans for the next few years. The MBS program jumped out at me because it is tailored for students who are also working full-time. The testimonials from past graduates further solidified my decision to apply; it was encouraging to see that past students have found success in a variety of career paths with their MBS degree.”

The program is also a good fit for professionals who have been out of school for a while. As a returning student, Ettestad started out slow.

“I wanted to get through the program as quickly as possible, but I decided to go easy on myself for the first semester and only take one three-credit course. This was a good decision. It allowed me to get back into the mindset of being a student… and it was a good way to see how much I could reasonably handle. My subsequent semesters were considered full-time (at least six credits), and I never felt overwhelmed. Planning is incredibly important, especially if you are also working.”

"The MBS program jumped out at me because it is tailored for students who are also working full-time."

Ettestad is a full-time researcher at the Masonic Cancer Center at the University of Minnesota. She works under Jeff Miller and Martin Felices studying NK (natural killer) cell immunotherapy for cancer.

“Our main focus (is on a class of) molecules we call TriKEs (Tri-specific Killer Engagers), which are essentially modified antibodies that bring NK cells and tumor cells into close proximity, activating the NK cells and driving killing of the tumor.”

She took courses in immunology and cancer biology, which helped further her understanding of the work her lab is doing and allowed her “to think more critically when designing experiments and troubleshooting.”

The biggest takeaway from the program, Ettestad says, was the importance of flexibility and creativity. She has been interested in forensic science for years and was looking to incorporate related coursework into her program.

“Having a broad range of courses in my repertoire will serve me well if I decide to make another career change down the line.”

“I saw a testimonial from a past MBS student who now works as a forensic scientist at the Bureau of Criminal Apprehension (BCA) in Saint Paul. Her story made me seriously consider the possibility of making this career shift, and it ultimately led to me becoming a student in the MBS program.” 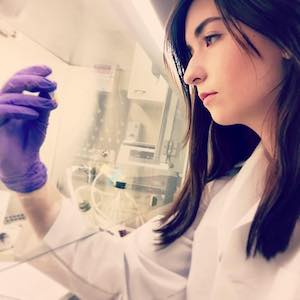 Since the U of M doesn't offer a forensic science program or many forensic-related courses, Ettestad had to get creative in designing her course plan. “I chose classes that I felt would be relevant to forensic science in addition to classes that fell more broadly under the topic of cell/molecular biology.”

“Having a broad range of courses in my repertoire will serve me well if I decide to make another career change down the line,” she says. “With a flexible program like this, it isn't necessary to have a laser-focused plan. Going into it with a general idea of what I wanted to do allowed me to be comfortable and flexible without feeling locked into one single discipline.”

A Memorable Course, a Different Perspective

“I took Human Skeletal Analysis… that focused mostly on identifying bones and their many features. Unsurprisingly, much of it was anatomy-focused, which was familiar territory for me. However, I learned a lot about anthropology and the methods used to identify, measure, and classify remains, as well as estimating age and sex from isolated bones.

"One of my favorite parts of the course was completing my anatomical notebook. We had to draw each individual bone in the body from at least two angles and label all relevant structures and features. It was an enormous undertaking and took many, many hours to complete, but it allowed me to use my skills as an artist to create something that I can keep as a reference for years to come. While I may not end up working with skeletal remains in my future career, I learned a lot and was able to interact with students who have a totally different educational background from my own. It helped me gain a different perspective.”