Growing up in Haditha, a small village in the Anbar Province of Western Iraq, Safana Ismael was surrounded by bucolic countryside. Her family’s land, covered with grazing cattle and bleating sheep, is what Ismael remembers most about her home. She also remembers her mother encouraging her as a child to become a doctor. A pharmacist, maybe. But, Ismael was uneasy around blood, or anything hospital-related. Instead, she gravitated toward something else: physics—the study of matter, space, and time.

“I knew about the culture shocks that happen when you move far away from your country. But when I came here, I found it was easier than how I imagined it would be. People were very respectful toward me and my culture.”

“You cannot learn science without learning English,” Ismael says. “All the textbooks are written in English. So, to study physics, I had to master a foreign language. For me, English is like a door to another world with new possibilities.”

Ismael was awarded a scholarship to study abroad in the US. She remembers researching universities, trying to find the right one for a single woman to travel to for a good education while living in a safe and supportive environment.

In the winter of January 2015, Ismael arrived at her chosen university—the University of Minnesota. She enrolled in the U’s PhD program for physics, and simultaneously enrolled in the Minnesota English Language Program (MELP) in order to develop her English reading, speaking, and writing skills, so she could better handle the intense science coursework. 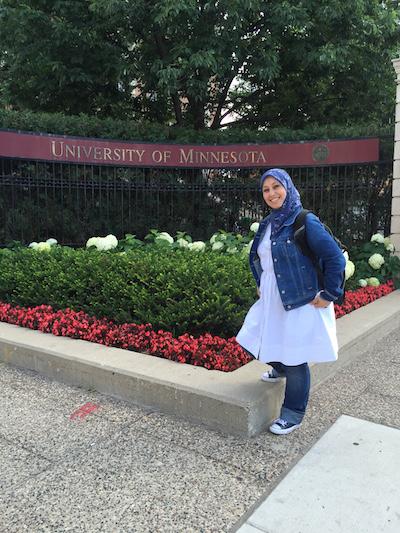 “I knew about the culture shocks that happen when you move far away from your country,” Ismael says. “But when I came here, I found it was easier than how I imagined it would be. People were very respectful toward me and my culture.”

She’s had an equally positive experience through in MELP, learning English grammar, writing, reading, and speaking skills, which she puts to use in her PhD studies every day.

“MELP is a great program,” Ismael says. “It helped me adjust to the language here, and made it easier for me to begin my degree. My MELP instructors brought me books and notes to help me improve my reading skills. They have became good friends of mine.”

Ismael spends her free time hanging out with friends in her apartment, cooking meals and listening to music. During the school year, there’s less of that free time as she delves into another busy semester of physics classes. But she’s happy to be at the U, surrounded by the support of MELP, her professors, and her friends.

“Being at a good university with amazing people in the Twin Cities is great for me,” Ismael says. “I have to work hard to get the full benefit of being here. I don’t want to take it for granted. I think of all the things that have happened in order for me to come here, and I’m so thankful. My friends at other universities aren’t as happy as I am. I have so many friends from the U of M.”

Someday, Ismael will return to Iraq and fulfill her dream to educate tomorrow’s Iraqi physicists. Until then, she’s fine-tuning her English and mastering the complexities of space and time. 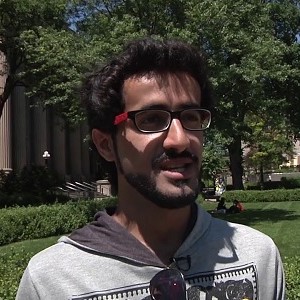 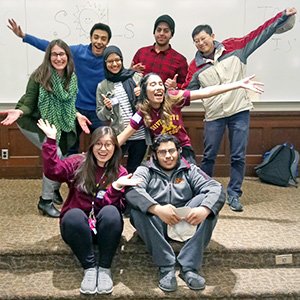 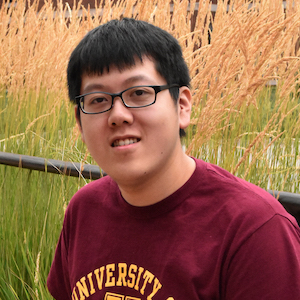 The Choice to Learn